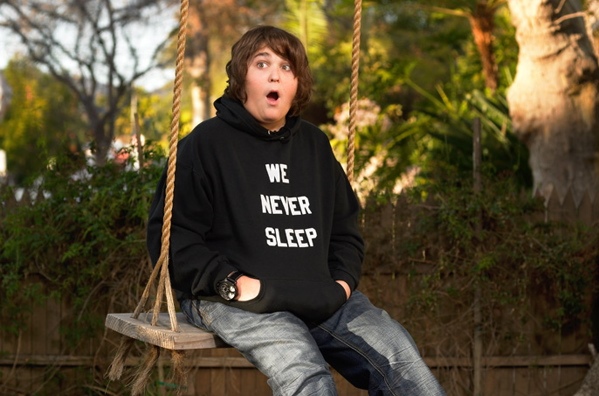 The pact with the baby-faced comic kicks off with online reality show Andy's Hungry Voice, currently shooting in Tokyo.

Endemol Beyond USA announced on Monday that it has signed an overall TV and digital development deal with comedian Andy Milonakis.

The announcement comes on the same day Milonakis departed for Tokyo to begin production on his first project with the digital production studio and network. Andy’s Hungry Voice is a series that will have him eating his way through the city, directed by Chris Siegel.

As part of the deal, Endemol Beyond USA is developing an update of his MTV sketch comedy series The Andy Milonakis Show, with the working title Andy Milonakis 2.0. It will also produce new shows for traditional TV and digital spaces with Milonakis, who is 38 years old yet retains the look of a teenager due to a hormone condition. Other originals in the works include a gameplay show and a music video series.

In a statement, Milonakis said the deal is a product of his “new full-time devotion to online media.”

Milonakis was discovered in 2003 when an anti-Super Bowl video he posted online went viral. It was spotted by a writer for ABC’s Jimmy Kimmel Live!, and Milonakis was invited to appear on the program, which eventually led to Kimmel producing The Andy Milonakis Show (2005-2006).

Milonakis also has a rap career, both solo and as a member of Three Loco with Dirt Nasty and Riff Raff. In 2013, he began a recurring role as Roman Armond on the Comedy Central sketch series Kroll Show.