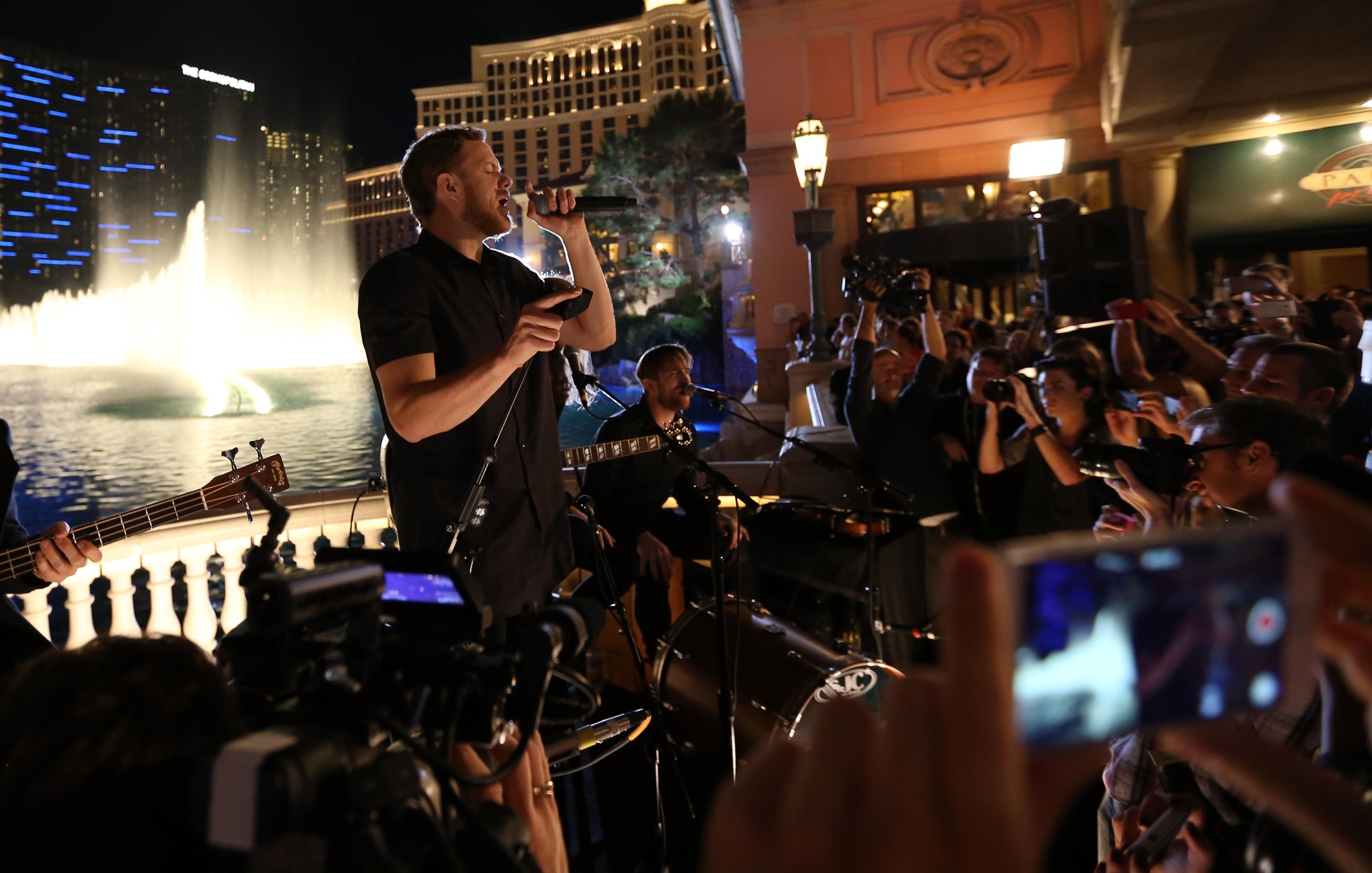 It's been a year since the first episode, but a spokesperson says "there is no formal structure" to the concert series that's produced by Team Downey.

Crackle is debuting the second episode of its original music series Playing It Forward on Nov. 21 — a year after the show first launched.

Imagine Dragons will be featured in episode 2 of the doc-style series after a surprise performance the band made in front of a crowd this weekend at Bellagio in Las Vegas. John Legend was the subject of the first episode in the show that is produced by Team Downey, an entertainment company founded by Robert Downey Jr. and Susan Downey, Tony Berg and Kevin Lake. It’s meant to raise money for music education — Crackle donates $100,000 per episode to a charity of the artists’ choice. The Imagine Dragons episode will benefit music education programs in 4 Las Vegas schools: Bonanza High School (Dan Reynolds’ alma mater), Valley High School, Sunrise High School and Bailey Middle School.

There is no formal structure to the series, says a Crackle spokesperson via email, about why so much time passed between episodes. “Episodes are sporadic and can happen out of the blue,” she writes, about the surprise concert element. “They can be a year apart or 3 months apart — that is the nature of the series.”

This is the first episode since the show was part of this year’s NewFronts announcement. However, the series was originally unveiled at the NewFronts in 2013, with the first episode launching Nov. 27, 2013 on the Sony Pictures Television-owned platform. More episodes are coming, the spokesperson says, although “because of the surprise element,” it’s not possible to say when.