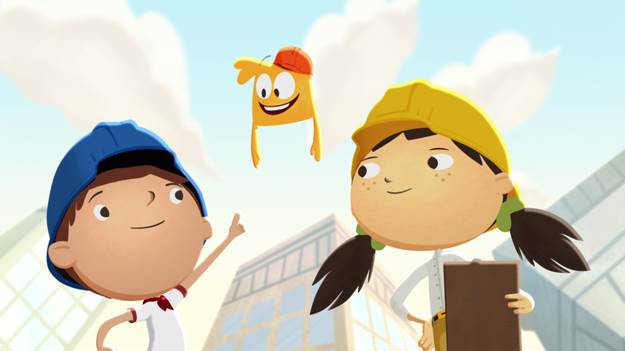 With a spinoff series of Justin Time, the entertainment company gets a slice of $140 million in Canadian animation spending by the U.S. streaming giant.

While Sarandos didn’t split hairs on how that investment netted out between service and original production work, Canadian animators have been engaged on Netflix productions on a number of fronts, including service work for Dreamworks and other major studios.

Now, however, that service work is translating to original IP orders with the news that the streamer has given a straight-to-series order for a new original spinoff series based on Guru Studio’s Justin Time, to debut in early 2016.

The spinoff series, comprising 13 half-hours, is called Justin Time The New Adventures and is a coup for Guru Studio’s creative director Frank Falcone and EVP Mary Bredin. The first 2 seasons of Justin Time, which airs in Canada on Disney Junior and on other Disney channels internationally, performed well for Netflix in online binge viewing.

That prompted the order for an original exclusive series for Netflix customers around the world.

Justin Time follows the adventures of Justin and his best friends Olive and Squidgy, as they set off on fantastical adventures throughout time, told from every corner of the world.

Toronto-based Guru Studio is also providing animation services for Mattel’s Ever After High, a show that was picked up by Netflix earlier this year.