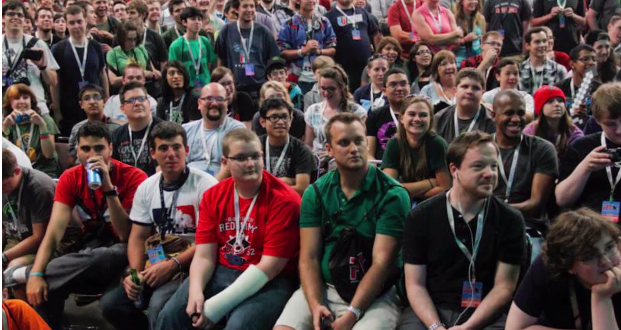 As part of the agreement, Fullscreen will support the production of Rooster Teeth’s existing series like Achievement Hunter, Rwby and The Gauntlet, as well as the development of new formats.

Founded in 2003, Austin-based Rooster Teeth receives funding from fans, also known as “sponsorships,” and hosts the live events series, Rooster Teeth Expo (RTX), which draws more than 30,000 attendees. Led by Matt Hullum and Burnie Burns, the multi-platform company has developed live-action shorts, serial comedies, animation, podcasts and gameplay videos, as well as Red vs. Blue, which is touted as being one of the longest-running video series online. The company’s programming also includes a leading podcast network, a subscription platform and a multi-channel YouTube network. For Fullscreen, its IP development was key.

“Rooster Teeth is one of the strongest and most authentic media brands in the world amongst 18- to 34-year-old, male-skewing audiences,” said George Strompolos, Fullscreen CEO and founder, in a statement. “The combination of its massive reach, unique creative voice and insanely powerful community makes it a perfect match for Fullscreen.”

Rooster Teeth has an audience of 8 million worldwide that has supported the company’s expansion into music sales, merchandise and videogames, as well as RTX, the annual convention around gaming and Internet culture. Recently, the company crowd-funded nearly $2.5 million to produce Lazer Team, which broke records as the most funded film on Indiegogo to date (pictured).

Rooster Teeth will coperate as a Fullscreen subsidiary in Texas with Hullum remaining as CEO and Burns as creative director.