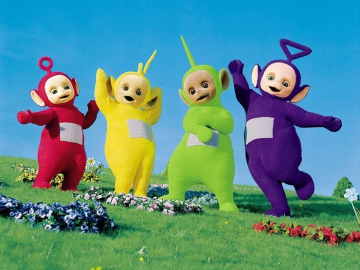 The streaming service will be dedicated exclusively to DHX kids content, including Teletubbies, Inspector Gadget and Madeline.

DHX Media has partnered with China National Television to launch a streaming service that will be dedicated exclusively to DHX kids content.

China National Television is the new-media broadcast division of China’s state broadcaster, China Central Television. Currently, the content platform is expected to offer video on demand, advertising on demand and subscription video on demand services, and will be available nationally in China.

The as-yet-unnamed streaming service will initially feature more than 700 hours of Mandarin-language kids programming from DHX, including Teletubbies, Inspector Gadget, Sonic the Hedgehog and Madeline. Titles that will be added to the streamer at a later date include Caillou, Super Why! and Monster Math Squad. A launch date for the service has not yet been set.

DHX will continue to provide content to the streamer as more of its existing series are dubbed into Mandarin, as well as new productions that come out of its animation studios in Vancouver, Toronto and Halifax.

The deal between CNTV and DHX Media was inked on Sunday at the Asia-Pacific Economic Summit in Beijing.