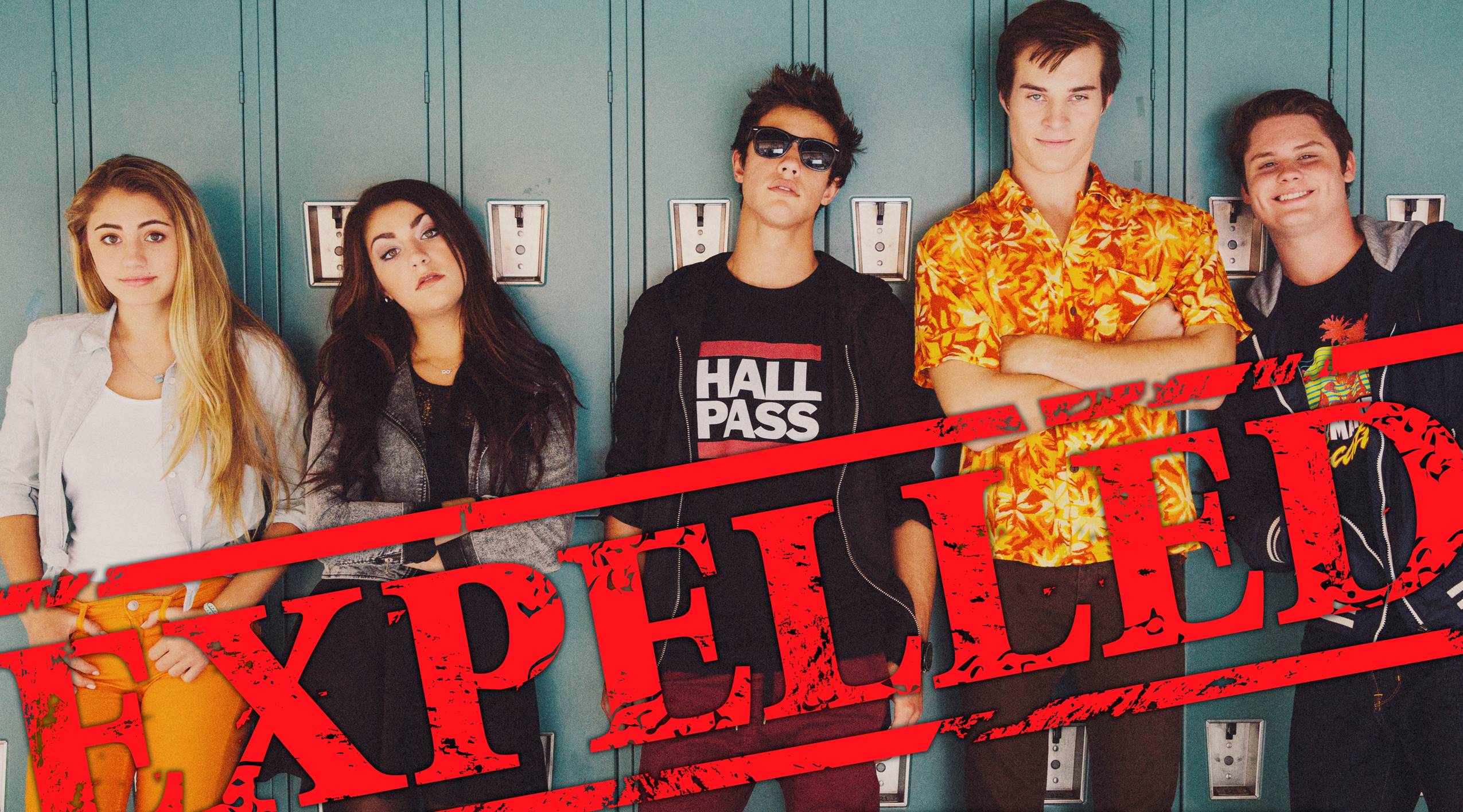 Produced by AwesomenessTV, the comedy opens in theaters in New York, L.A. and Chicago on Dec. 12.

It will be followed quickly by a digital release at ExpelledMovie.com and through iTunes, Google Play, Amazon, Target Ticket and Walmart on Dec. 16, and cable and satellite video-on-demand on Dec. 30. The pre-sale starts on Friday.

“The movie industry is changing in terms of not only who teens want to see on screen, but also how, when and where they want to watch,” said AwesomenessTV founder Brian Robbins, in a statement. “Expelled gives fans of this new generation of stars a chance to see them on the big screen…or whatever screen they prefer.”

In the film, Dallas plays Felix, a prankster adept at charming his way out of trouble. But after his third strike at school, the principal has had enough and expels him. So Felix devises a plan with his brother (Johns), best friend (Shively), new friend (Johnson) and classmate (Russett) to convince his parents he’s a stellar student.

Goyette produced with Robbins (Wild Hogs, Coach Carter, Varsity Blues) and Shauna Phelan (Terry the Tomboy, The Matador, Girl in the Park). The executive producers are Brett Bouttier (The Smosh Movie), Joe Davola (One Tree Hill, Smallville) and Scott Levine, along with Steven Spiegel and Alan Spiegel from 26MGMT, which represents Dallas.

AwesomenessTV has also produced The Smosh Movie in partnership with Defy Media. The worldwide rights for the film were acquired by Lionsgate in September, but details regarding its release dates and rollout strategy have yet to be announced.