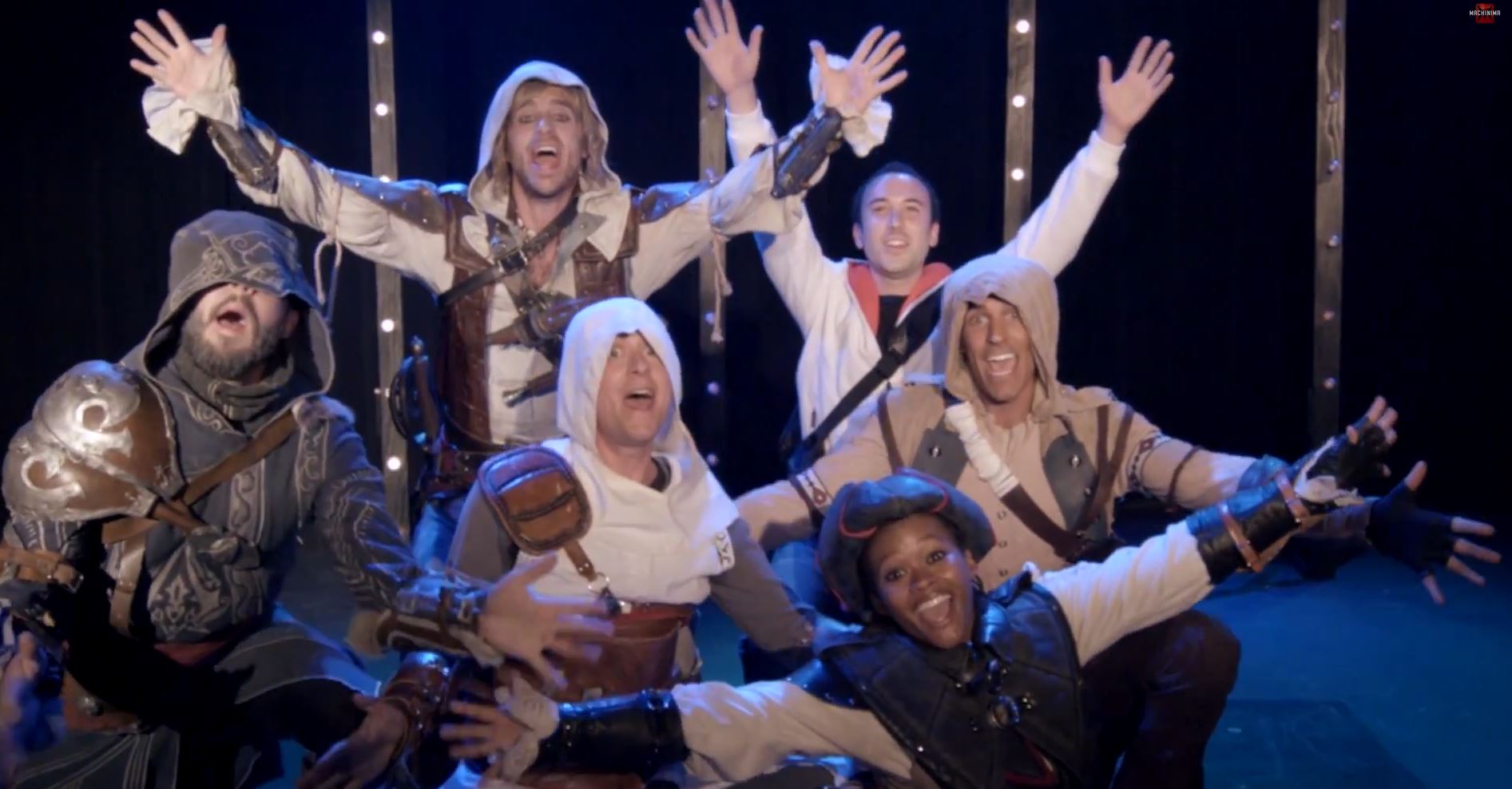 Machinima gives voice to mayhem in Assassin’s Creed: The Musical

The gaming-centric MCN celebrates next Tuesday's release of Assassin's Creed: Unity with a 3-song mini-musical.

Machinima is celebrating next Tuesday’s release of Assassin’s Creed: Unity by putting out a rousing off-Broadway spin on the violent video game franchise in Assassin’s Creed: The Musical (above), starring Inside Gaming hosts Bruce Greene and Eliot Dewberry.

Directed by Brendan Bradley with original songs by Cormac Bluestone and Joel Rubin, the 3-song mini-musical was inspired by an improvised bit during an episode of Inside Gaming last year.