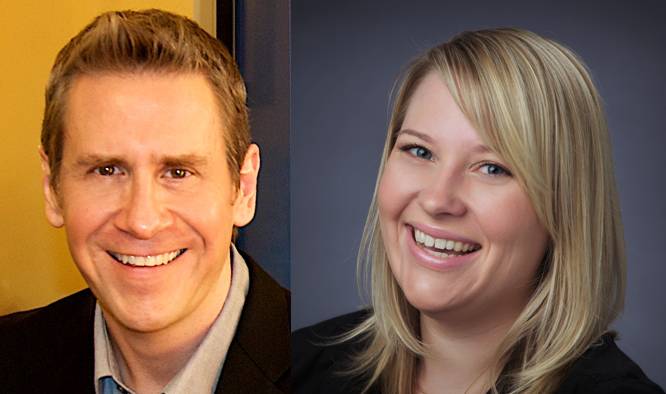 In his new role, Roberts (pictured left) will look to increase the company’s digital productions, including multi-platform and digital programming for the web, mobile devices and other platforms, in addition to investigating further digital revenue opportunities.

Prior to Endemol, Roberts served as senior VP of digital content and cross-platform entertainment at The Hub — a multi-platform joint venture between Discovery Communications and Hasbro that was recently rebranded as Discovery Family Channel. He has also worked for Lucasfilm LTD, GSN, Vulcan Programming, Universal Studios and News Corp, where he established Fox.com.

Meanwhile, Childers (right) — who was previously serving as BMP’s director of digital media — has been promoted to VP of BMP Digital, and will report to Roberts.

The exec will continue to oversee digital extensions for series such as The Real World, The Challenge and Bad Girls Club as well as digital content and social media initiatives. Childers’ production credits include the digital-to-television crossover show BRKDWN and SOS: Stylist on Set.

The post of SVP digital media at Bunim/Murray was previously held by Daniel Tibbets who made the jump to Machinima in September.