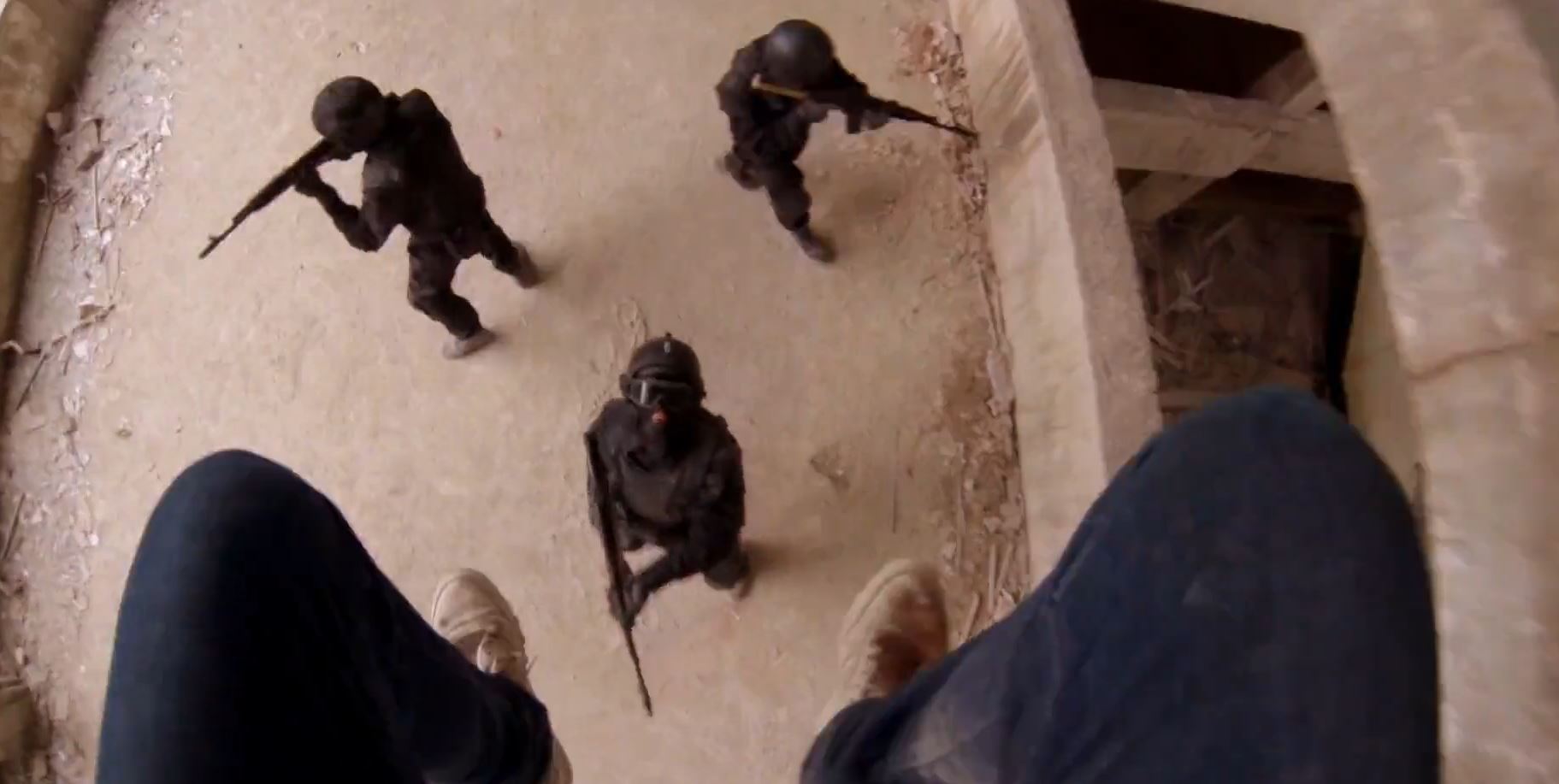 Ilya Naishuller talks about how the success of his music video "Bad Mother******" spawned the feature Hardcore.

Numerous directors, including David Fincher and Michael Bay, have made the leap from music videos to feature films, but Ilya Naishuller might be the first to do it with a film inspired by a music video.

Naishuller is lead singer of the Russian band Biting Elbows. The first-person-point-of-view clip he directed for its song “Bad Mother******” attracted approximately 23 million views on YouTube and another 18 million on Vimeo with its non-stop mayhem and parkour-style stunts.

More importantly, it attracted the attention of filmmaker Timur Bekmambetov (Night Watch, Wanted), who asked him to turn it into a feature, likewise shot entirely from the protagonist’s perspective.

Shot almost entirely with GoPro cameras, the resulting movie, Hardcore, is more inspired-by than adaptation. Although both are first-person shooters, “Bad Mother******” has a James Bond/Jason Bourne-style spy-thriller scenario, while Hardcore owes a definite debt to Call of Duty.

“There was a lot of inspiration from video games, obviously from first-person shooters,” says Naishuller, who was born in Moscow but spent the ages of 8 to 14 in London. “The idea (with the music video) was to capture that excitement and keep it going non-stop for 4 or 5 minutes.”

Keeping it going for an hour and a half presented a much large challenge. Films told entirely from a first-person P.O.V. are tough to pull off – there hasn’t been a Hollywood film of note shot that way since the 1947 Philip Marlowe movie Lady in the Lake  – and with the non-stop, first-person shooter action in Hardcore, viewer fatigue was a major concern for Naishuller. So they cut together about 2 hours worth of material and test-screened it in a theater.

“Not a single person walked out or said they had issues with the motion,” Naishuller says. “We realized that once you’re watching for 40 minutes or so, everything starts to totally make sense and there’s no problem. So the trick was to start the film slow and to keep getting quicker and faster and more aggressive as time went on so we give the audience a chance to get accustomed to this new shooting style.

Naishuller has launched an Indiegogo campaign with a minimum goal of $250,000, ending Dec. 3. The funds will go to completion of the post-production, including additional computer-generated effects, the sound design and the mix. Contributor perks include GoPro cameras used in the production, cameras rigs and special Hardcore Russian ushanka trooper hats.

“We can go to the studios and we can sell the film at this point and they’ll give us money to finish it,” he says. But, with crowdfunding, “I get to keep final cut, which was my prerogative from day one.”

The precise distribution strategy is still in the works, but the plan is to have a theatrical release in the first window, possibly accompanied by a digital VOD release, day and date or shortly thereafter.

“It was always planned as a big-screen experience,” Naishuller says. “I wasn’t making this just to go up on the internet, DVDs and VOD.”

But Naishuller acknowledges that Hardcore, which stars Sharlto Copley (District 9), probably never would have existed without YouTube and its ability to grow a global viral fanbase.

“Before ‘Bad Mother******,’ we were working for about 2 years on a very calm psychological spy thriller set during the Cold War,” he says. “When Timur offered me the chance to do this, I had to think it over a lot. I didn’t think my first film would be a crazy action movie, but it turned out to be and I’m very glad that it did.”