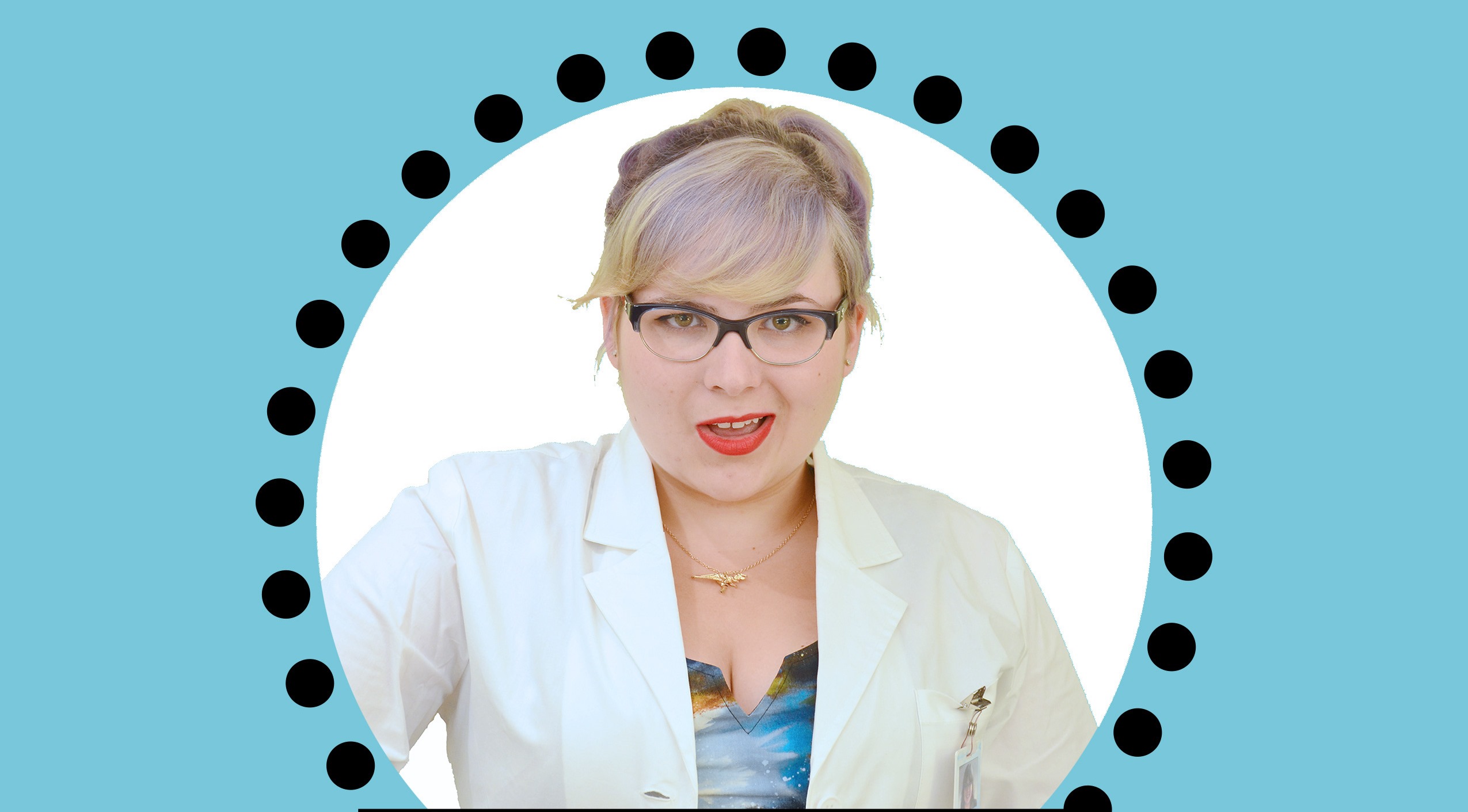 The sketch comedian, whose sharp wit sounds a lot like that of Lena Dunham, releases a follow-up to her popular Ray Rice video commentary.

We’re back with another profile from StreamDaily and Influicity, a Toronto-based adtech company that enables brands to work with rising YouTube stars.

Shortly after a video surfaced showing Baltimore Ravens’ running back Ray Rice punching his then fiancée, a very unique “makeup tutorial” emerged on YouTube. This was not your typical celebrity-inspired look. The satirical and scathing Ray Rice Inspired Makeup Tutorial was produced by Megan MacKay and has since been watched over 2 million times, catapulting the sketch comedian from a few hundred subscribers to 42,000.

“There’s always an alternative to covering up violence,” she says in the clip.

Last week MacKay was applying her sharp wit once again to another media frenzy revolving around the alleged assault against multiple women by former CBC radio host Jian Ghomeshi. It’s important to note that this is not a tasteless attempt to joke about violence, such as was seen in some people’s Halloween costumes this year.

“Next step is a pink, shimmery eyeshadow called Anonymous Still Counts,” says MacKay in the video. “A lot of people critique the use of the Anonymous shade.”

“It was just a matter of time until one of her sketches got the attention it deserved,” says Carlos Pacheco, director of strategic partnerships at Boat Rocker Studios, who signed MacKay to the MCN shortly before the Ray Rice video was created.

Influicity spoke with MacKay, whose intelligence and humor may remind some viewers of Lena Dunham, about her sudden fame and how a comedian can benefit from YouTube.

What impact has YouTube had on your comedy career?

YouTube is a great place to get down to brass tacks and really prove that I can deliver as a writer and a performer. In general, I’ve found that it’s easier for me to get friends and comedians to watch a 3-minute clip than it is to get them to read a 30-page pilot script, and having an abundance of samples literally a click away has helped me score some work doing what I love – writing and performing comedy.

Have you done any YouTube collaborations with brands? Can you tell us about that?

I’ve been approached for brand collaborations for sure, but I don’t want to endorse anything I wouldn’t use/support myself. There are plenty of brands, products and initiatives I love and I have no problem recommending because I like them and I think they do what they set out to do. I was approached by Cosmo to do a video for their #CosmoVotes campaign, and it was an easy yes because increasing voter turnout matters to me.

Who are your fans?

Half of my viewers are 18 to 24, and 75% of them are female. Most of my traffic is from the U.S.A. but I get at least one tweet a day from someone who’s very excited to hear that I live in Canada. The vast majority of fans I interact with are super-savvy, politically-aware millennial women and I kind of want to be best friends with all of them.

Oh man, online audience growth is a slow-and-steady-wins-the-race thing most of the time. On a mental level I was absolutely not prepared for the boom of activity I got a few weeks ago. Dealing with that kind of spike in attention was definitely a challenge for me, but I think at this point the dust has settled and I’m left with an awesome and loyal core audience that I’m really excited to hang out with.

Any upcoming videos we should look out for?

I write videos week-to-week just to keep things as fresh and topical as possible. I’ll probably light something on fire in the foreseeable future just because that’s a thing I do. I’m also big on wearing wigs and ruining things I buy at the dollar store.

Influicity is an influencer exchange and activation platform, empowering advertisers to search, select, measure and collaborate with influencers on YouTube and across the social media universe.

*Used by clients when formulating pricing, the Influicity score is a number between 1 and 100.