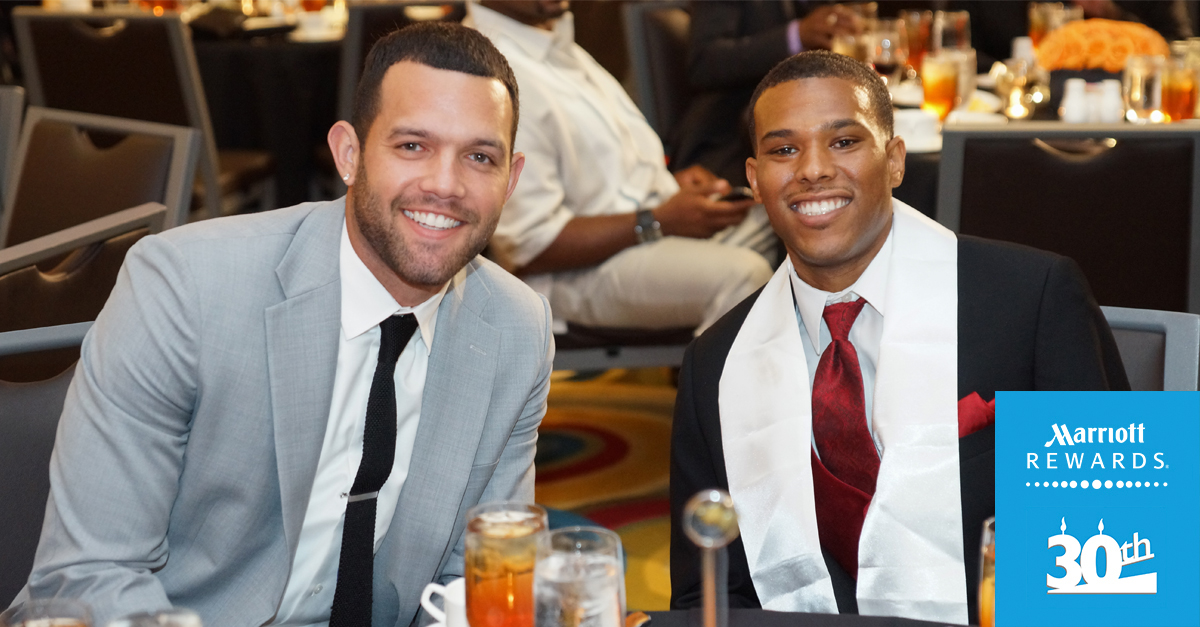 Marriott plans for a long-term stay in digital video

The hotel chain launches Year of Surprises, a YouTube series developed by its own global content studio, and reveals it's working on a Snapchat series.

Hospitality chain Marriott International has landed on YouTube with its first original program.

Marriott Rewards’ Year of Surprises, a production of the Marriott Global Content Studio (MCS) that is a series of monthly celebrity-hosted webisodes delivering what the company calls “a surprise of a lifetime” to deserving community members, debuted on the channel Friday.

With the initial program hosted by basketball star Jordan Farmar and honoring charity organization Ballin’ For Peace, the 15-episode program will run through December 2015.

MCS also announced other production and development deals, including a co-production deal with Naritiv, a marketing and analytics platform that was one of the companies launched out of the Disney Accelerator Program, to develop an interactive series for Snapchat with digital influencers like Casey Neistat and Mike Platco.

Jack Harries, co-creator of the YouTube channel JacksGap, has also been commissioned to develop 3 short films, with destinations culled from the 78 countries where Marriott owns properties. The London-based JacksGap YouTube channel has more than 3.8 million subscribers and 3 million Instagram followers.

Also announced is an MCS deal with Sander/Moses Productions and its audience engagement division SLAM to develop a branded digital project together. Sander/Moses previously created and developed TV series Ghost Whisperer and Profiler, and has also produced 4 feature films and multiple digital projects.

Marriott International claims to be the first hospitality chain to take advantage of online video marketing with the creation of its own content studio, with MCS focusing its programming on next-generation travelers.

“Our goal is to produce engaging content that builds communities of people passionate about travel that will drive commerce,” said David Beebe, Marriott’s VP, creative and content marketing, global marketing, in a statement.

Image: Pro basketball star Jordan Farmar and Ryan Hicks of Ballin’ for Peace, featured in the video above.