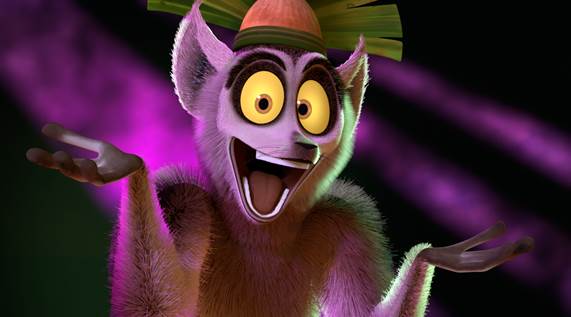 New content from DreamWorks Animation continues its roll out on Netflix. Next up, as part of the historic 300-hour output deal between the pair, is a new original series based on the lordly lemur from the Madagascar franchise.

Five 22-minute episodes of  All Hail King Julien will launch on Netflix in the U.S., Canada, Latin America, the U.K., Ireland, the Nordics, Benelux and France, starting Dec. 19.

The animated series follows the adventures of King Julien pre-Zoosters, as the boisterous lemur rules over a court of colorful jungle dwellers. It joins a growing lineup of Netflix original productions from DreamWorks. Also on-deck for 2014 debuts are Puss in Boots and Veggie Tales in the House. By the end of 2016, at least 10 new DreamWorks series will be available on Netflix.

Meanwhile, the SVOD service continues to add to its veritable buffet of kids programming, having just inked an exclusive deal for a live-action Richie Rich series from AwesomenessTV that will bow in early 2015.

Additional new eps of All Hail King Julien are scheduled to roll out on Netflix throughout the coming year.