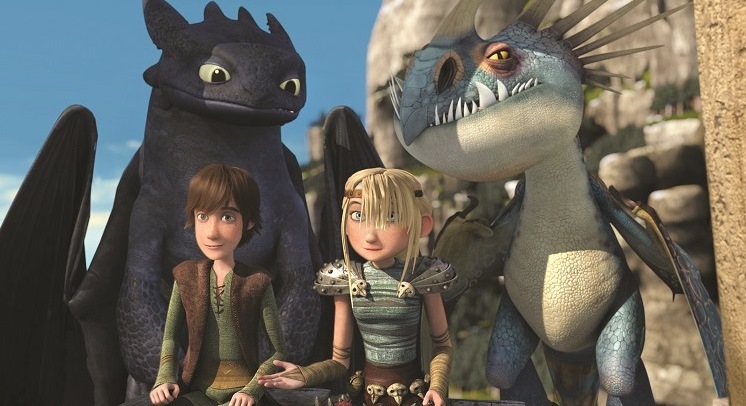 Can the SVOD service drive ancillary revenues for content studios? Analysts and execs from DreamWorks and Scholastic Media weigh in.

Online content has become an all-you-can-eat buffet for kids programming and it appears that Netflix, based on recent deals, wants to be the biggest restaurant in town.

The SVOD giant has invested heavily in exclusive kids content, including a long-form Ever After High series from Mattel and a Magic School Bus reboot from Scholastic. Then there’s DreamWorks Animation, which has made the biggest deal of all so far — locking down a commitment for 300 hours of original programming. 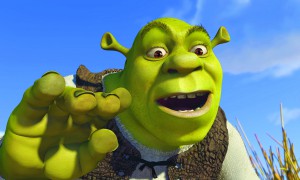 In effect, Netflix Kids has become a channel in itself stateside, one that’s competing with the likes of Cartoon Network, Disney Channel and Nickelodeon for viewer attention. And at its current rate of growth, theoretically the SVOD service could very soon have the reach required to drive consumer products programs for its original programming. So are licensors looking to launch long-term TV-driven franchises at retail considering a Netflix-first deal as a viable option right now?

Let’s just say studio biggie DreamWorks Animation is pretty confident about Netflix’s consumer products future. “This year, 95% of my revenue is movie-based,” says Michael Connolly, head of global consumer products, referring to income generated by consumer products sales. “Five years from now, probably around 20% will be movie-based. The other 80% will all be (derived from) Netflix-driven content.”

Connolly’s 80% prediction might sound optimistic to some, but he contends that roughly half of all U.S. children will be watching content on Netflix within the next few years. He also sees it as a chance to launch new franchises that don’t debut via the silver screen (DreamWorks’ traditional model). So along with its upcoming film-based series King Julien (Madagascar) and Puss in Boots (Shrek), DreamWorks has lined up merch-friendly DinoTrux, a new series starring hybrid dinosaur-construction vehicle characters that will debut on Netflix next spring.

“You’re just not going to see a lot of mass-market retailers willing to place that kind of bet without seeing some kind of real metric,” says Nelvana Enterprises’ Andrew Kerr about lack of SVOD viewership transparency.

The former DVD-by-mail service has reported a meteoric rise in subscribers as SVOD continues to gain in popularity. With 37 million U.S. subscribers as of Q3 this year, Netflix has surpassed HBO’s 28.7 million, according to Virginia-based media research firm SNL Kagan. Netflix still has a way to go to best HBO’s 114 million subscriptions worldwide, though it is gaining ground. Europeans will make up one-fifth of all Netflix subscribers by the end of 2015, according to a recent analysis from IHS, a Colorado-based business information provider. Netflix’s expansion into new markets like Germany, Belgium, France, Austria, Luxembourg and Switzerland is the reason IHS predicts Netflix will have an additional 8 million subscribers in Europe by 2018.

“I think we’re definitely getting close to the point where Netflix is able to drive product sales based on exclusive content and original series for kids programming,” says Mike Olsen, a senior research analyst with Piper Jaffray. “Most estimates suggest Netflix will have — just in the U.S. — 45 million subscribers by the end of 2015.”

While 45 million subscribers is an impressive number, it still lags behind the reach of other kid-centric networks. According to Nielsen numbers, Sprout is available in 55 million homes in the U.S., while Hub Network reaches 72 million. Then there’s the big three — Nickelodeon, Cartoon Network and Disney Channel — which are each broadcast in roughly 99 million U.S. homes, covering about 86% of the market. The big difference is that consumers actively subscribe to Netflix — it is not just part of a larger cable package like the traditional kidnets.

“There may be 99 million subscribers to packages that include Nickelodeon, but many of those subscribers may never even turn Nick on,” Olsen says. With the SVOD leader, however, “you’re getting a more specifically targeted audience that is looking for the content Netflix is providing.” Sure, many subscribers are those without kids who simply want to watch Orange is the New Black, but Olsen says the percentage of Netflix subscribers who want kids content is higher than that of a cable package subscriber who watches a major kids channel. The exact Netflix numbers, however, are pretty hard for outsiders to decipher.

…but numbers can lie by omission

Total subscribers is one thing, but determining how many children watch a particular show is another thing entirely. TV’s Nielsen ratings may be often criticized as unreliable by cable networks, but they are still a quotable measure of a program’s success. Netflix, on the other hand, keeps all viewer data close to its chest.

“I don’t know that Amazon at this point does a very good job at building bridges for the assets that it’s managing,” says analyst Carol Spieckerman about the e-tailer.

“They don’t share anything,” says Leslye Schaefer, SVP of marketing & consumer products for Scholastic Media, whose classic Goosebumps series currently airs on Netflix and Hub Network. The additional exposure for the show is great, she adds, but quantifying how much of a product sales bump it received from being on Netflix is the great unknown. Scholastic isn’t privy to information like how many people are downloading episodes, how long they’re watching for, what times they are tuning in, what episodes are most popular, or how its shows are faring compared to its competitors.

“You’re selling the sizzle and not the steak,” says Andrew Kerr, co-head of Toronto-based Corus Entertainment’s Nelvana Enterprises. “When the bets and the risk are so crucial in terms of (product) tooling and inventory, and there’s so little room for error, you’re just not going to see a lot of mass-market retailers willing to place that kind of bet without seeing some kind of real metric.”

But Kerr, like many others in the industry, welcomes any incremental viewership his company’s properties gain through Netflix. The platform gives back-catalogs a second life, without confining them to the same restrictions as linear TV channels, which can only showcase 24 hours of content a day.

“For a property to truly be a brand that transcends the screen and goes into other markets, it needs to be accessible in many outlets,” says Elie Dekel, president of Saban Brands. “Ubiquity is good.” Power Rangers Super Megaforce, for example, airs on Nickelodeon, while older seasons of Power Rangers are available to stream on Hulu and Amazon. Netflix viewers, meanwhile, have access to the series’ full 21 seasons, which puts 800 Power Rangers episodes at their fingertips.

Since making the deal with Netflix in 2011, Dekel says he’s noticed it has helped drive interest in the franchise, as seen largely through anecdotal evidence. At the most recent Power Morphicon (think Comic-Con for Power Rangers fans), attendees often talked about participating in marathon-viewing sessions — watching as many episodes back-to-back as they pleased — thanks to Netflix. 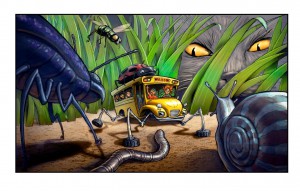 Schaefer figures the original Magic School Bus episodes also must be getting traction. After all, Netflix bought the exclusive rights to the upcoming reboot Magic School Bus 360 — but determining its potential to drive a licensing program is not possible. “(Netflix) needs to help us understand how our shows are performing so that we can take that information and use it for our sales purposes,” she adds.

Netflix could decide to keep its data buttoned up forever. But that might not be the only worry. What happens as Netflix becomes more selective in its kids programming choices? It’s plausible that Netflix could become a major gatekeeper, functioning as the big three do now. “Netflix could become an obstacle to traditional kids consumer products companies getting access to those eyeballs, if they have to go through a network that now might have an interest in doing its own programming,” McGowan says.

Could Netflix’s investment in kids originals eventually rival that of Nick, CN and Disney? Will it ever share its data? Who knows? Netflix declined multiple requests for comment on this story. 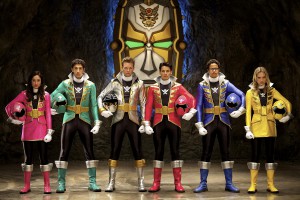 Netflix has demonstrated its commitment to acquiring original and exclusive kids content, and for those franchises that hit the mark in theaters with kids, the platform will also extend their product lifespan well past the movie debut and DVD release.

“There’s the continuity piece that doesn’t have the perils of those big movie launches and all of the timing and nail biting that goes along with those features,” says Carol Spieckerman, president of the Bentonville, Arkansas-based retail consultancy New Market Builders. “They get the big surge from the movie and they get to continue the franchise (with) Netflix as a flanker strategy to ride that brand to the beach.”

It’s a strategy DreamWorks is counting on for multiple franchises, including Netflix exclusives DreamWorks Dragons, based on the How to Train Your Dragon movies, and the brand-new B.O.O. film franchise.

“When you go to a retailer and say not only is B.O.O. (Bureau of Otherworldly Operations) coming out as a movie, but we’re going to have 78 episodes to follow it; it’s getting us placement,” Connolly says. With that guaranteed TV commitment, licensees don’t have the worries associated with a traditional broadcast placement. There’s no danger of getting yanked from the airwaves if ratings fail to take off immediately, which pretty much stops licensing programs in their tracks. In fact, in this scenario, a property has the breathing room not often afforded by the ratings-driven demands of network television. “We’re not going to cancel (a series) after season 1 or season 2,” he notes. “We’re saying 3 years or bust, and retailers like to hear that because it lowers their liability on the buy.”

While Netflix is the undisputed leader in SVOD today, there is no shortage of competitors looking to chip away at its kids audience. There are an array of children-focused platforms (like HopsterTV and Kidoodle) and territorial services (such as Shomi, a Canadian video streaming service from communications giants Rogers and Shaw) all looking for a piece of the SVOD pie. Then there’s heavyweight Amazon, which signed a deal in 2013 with Nickelodeon-owner Viacom to bring its vault of children’s content that was formerly available on Netflix to Amazon Prime. Viacom’s deal with the e-tail giant also offered certain consumer products perks, as seen last Christmas when Amazon launched three separately branded online shops for Nick’s SpongeBob SquarePants, Dora the Explorer and Teenage Mutant Ninja Turtles.

Not only has Amazon made a push for original kids content, earlier this year Mattel-owned HIT Entertainment signed a deal to make Amazon the exclusive U.S. home for both Fireman Sam episodes and merch. Hypothetically, a child could be in a grocery store shopping cart watching the show and mom could click a few buttons on her phone to get the toy delivered straight to her door — without ever leaving the Amazon site.

But while Amazon offers a one-stop shop for all episodes and licensed products, the e-tailer has its own shortcomings. “I don’t know that Amazon at this point does a very good job at building bridges for the assets that it’s managing,” Spieckerman says. She points to the well-publicized pricing debate with book publisher Hachette, as well as the recent dispute with Disney that put a halt on DVD pre-orders for Maleficent and Captain America: The Winter Soldier — a problem which neither side has addressed publicly.

As Amazon grows in the kids space, it could quite easily shy away from promoting brands based on TV series available just on Netflix. “At any given time, Amazon can decide who it wants to punish,” Spieckerman says. “Hell hath no fury like Amazon scorned.”

This article originally appeared in the October 2014 issue of Kidscreen