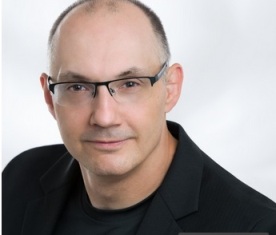 Convergence is a key word for the co-founders of Quantum Entanglement Entertainment (QE2).

The Toronto-headquartered multi-platform prodco, which announced its launch Friday, will develop projects designed to be able to branch off into TV series, video games and movies.

Most projects will be developed across different platforms simultaneously, says Denis Dyack, the CCO of QE2 and a gaming industry veteran who in the early ’90s founded video game co Silicon Knights.

One of QE2’s launch projects is called Shadow of the Eternals, a video game IP Dyack says the company purchased from Precursor Games. Dyack helped form Precursor in 2012 after leaving Silicon Knights. He was lead creative on Shadow, a psychological horror that he says will now also be developed into a TV show and film.

QE2 is co-founded by its now-CEO Jonathan M. Soon-Shiong, a former deputy executive director of strategy and finance (English Media) at the CBC.

Soon-Shiong says the strength of the company’s development slate is not just in the quality of the creative, but a sound business plan as well.

“As the founders have a stake in all areas of the business, there will be cohesive direction with the intellectual property we create,” he says. “Creative decisions will be made that benefit the IP – think character or series – overall and not just a single platform [such as] TV versus video game.”

Rapovski is an executive producer on Showcase’s Lost Girl and a stunt coordinator on Darknet, Pacific Rim and Scott Pilgrim Vs. The World. He also provided motion-capture aspects for Silicon Knights’ and Microsoft’s game Too Human, created for Xbox 360.