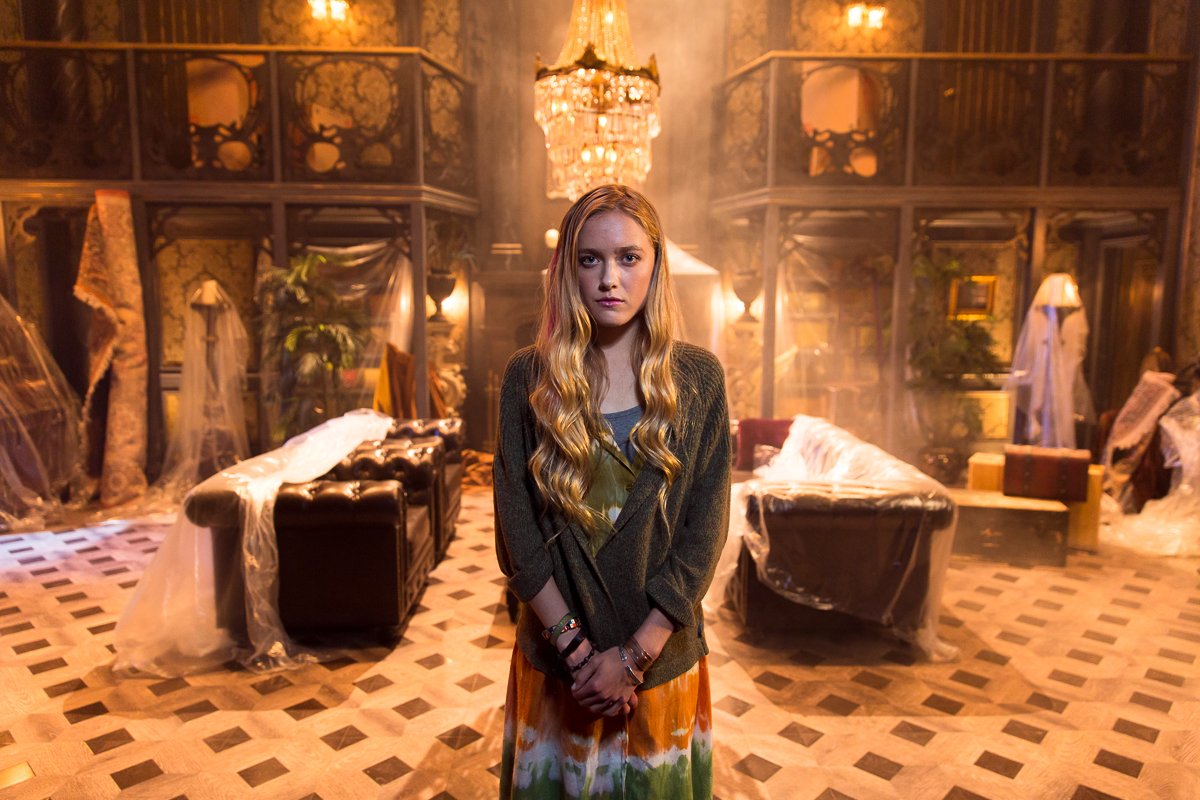 Scaring up creativity at YouTube Space’s House of Horrors

Creators talk about how they used YouTube's Guillermo del Toro-inspired House of Horrors sets to bring their nightmares to life.

BlackBoxTV’s Tony E. Valenzuela had seen illustrations of the House of Horrors sets inspired by the films of Guillermo del Toro while working on his script for Versions of Elloise (pictured). But when he finally got to see them in person at YouTube Space LA, it took his vision for the spooky short to another level.

“I was like, ‘Okay, we’re going to do a page 1 rewrite, because there are too many opportunities here to bring this environment into the story, and there’s no way that I am not going to take full advantage of this awesome place,” Valenzuela recalls.

Valenzuela is just one of some 30 YouTube creators Legendary Entertainment invited to shoot on House of Horrors sets at YouTube Spaces around the globe as part of a long-lead viral promotion for their big-screen creep-fest Crimson Peak, directed by del Toro, set to be released in October 2015.

Created by production designers Hillary Gurtler and Ethan Feldbau, the sets were a cinematic Rorschach test for the creators, inspiring works ranging from the ominous (The Passing) to the goofy (Internet Trolls – The Halloween Musical).

In designing the five sets – a great room, a séance parlor, a solarium, a haunted garden and an attic – Gurtler and Feldbau drew on a wide cross-section of del Toro’s work, from the deeply dark Pan’s Labyrinth to the animated children’s film The Book of Life.

“We even found some of his earlier student films – on YouTube, in fact,” Gurtler says.

When the designers consulted with del Toro, he stressed the importance of making the sets versatile, with double-sided “wild walls” that could be moved back and forth without the help of a standby carpenter. The versatility is also present in the subtle mix of period touches and textures, from the Victorian furniture in the great room to the Beach Boys album used as set dressing in the attic.

The creators in L.A. had all five sets at their disposal, while other YouTube Spaces chose a single set to appropriate and make their own.

“In New York, it’s a parlor that can be re-dressed as a Gothic bedroom,” Gurtler explains. “London has an attic, Brazil has the séance parlor and Tokyo has a smaller version of the great room with a haunted garden attached to it.”

Even top creators are more accustomed to shooting their content in apartments and on public streets than anything that could be called a proper set. But the YouTube Spaces allow creators with 10,000 subscribers or more to shoot on their soundstages, free-of-charge, once they’ve taken an “Unlock the Space” orientation class.

“Typically, when they do a new big set-up like this, they let everybody know that is on the alumni kind of list, people who’ve done the training and have been here before,” says Ben Gigli of 5-Second Films, which shot 5 shorts on the House of Horrors sets. “Then it’s kind of like, ‘Here’s the schedule. Sign up for slots and start getting ideas to us.'” 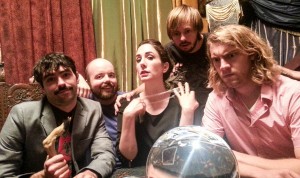 “We know that we have to make special arrangements for things like children, animals and pyrotechnics,” says Gigli (pictured, far right). “So if we were saying, ‘So this kid is riding a dog through a sheet of fire,’ they’d be like, ‘Okay. Alright. Set the brakes. Let’s talk about how this is getting done.'”

Unlike a vlogger shooting a how-to at their parents’ house, people shooting on YouTube Spaces’ sets have strict regulations to follow. For instance, the husband and wife producing team Steve Woolf and Zadi Diaz used real candles for their YouTube Nation House of Horrors short Can You Survive? A Deadly Halloween Choose Your Own Adventure!, so they had to have a fire marshal on set. But they also got to take advantage of the in-house lightning tech, who could make changes for them quickly.

“If you have an idea, you can pretty much have all the resources that you need,” Diaz says. “They have a board in the Space where they have information about other people who want to collaborate, so if you’re looking for a shooter or a gaffer or someone who specializes in sound or makeup, you can contact them.”

The House of Horrors is part of YouTube Spaces’ tent-pole programming initiative, a mission to bring together creative people around cultural events. The shorts were shot from Sept. 22 to Oct. 28. Legendary will offer one creator a development deal to realize the full potential of their idea. 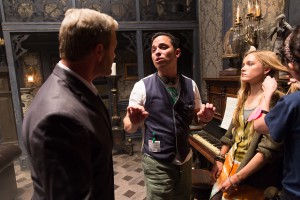 On Oct. 17, del Toro consulted with a selection of creators from each region on rough cuts of their videos. Most of the consultations were done via Google Hangouts, but both Valenzuela (pictured left, center) and del Toro happened to be in Toronto that day, so they did it in-person at Google’s offices in the city.

“He was very insightful,” says Valenzuela, who also co-hosted the BlackboxTV (now a division of Alpine Labs) YouTube “deadstream” of a séance on the House of Horrors’ L.A. sets on Oct. 30. “He had questions about the color choices and the shot choices. He said, ‘Why did you do that?’ I said, ‘Do you want me to change it?’ He said, ‘No, I just want to understand why you did it.’ I explained, and he was like, ‘That’s great. Keep it.’ Dude, he only had three notes! It was the coolest experience.”