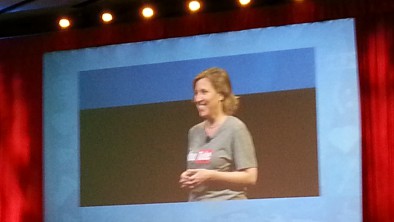 In order to generate more profit and revenue, YouTube is considering a paid subscription model for those who would prefer their content be seen ad-free.

Looking at a potential new stream of income to expand the billions of dollars in net video revenues YouTube is expected to generate in 2014, the video-sharing platform is exploring a paid subscription model, YouTube CEO Susan Wojcicki (pictured) revealed at Re/Code’s Code/Mobile conference on Monday.

“YouTube right now is ad-supported, which is great because it has enabled us to scale to a billion users,” she told the conference attendees. “But there’s going to be a point where people don’t want to see the ads.”

The user option of paid subscription, she says, would be available to viewers who don’t want their content interrupted by pre-roll ads.

Google acquired YouTube in 2006 for $1.65B, and Wojcicki says she’s been searching for ways to generate more profit and revenue from the platform, and believes that YouTube will eventually embrace both ad-supported and subscription content, although she offered no details of what that model might look like.

“We’re early in the process, but if you look at media over time, most of them have both ads and subscription services,” said Wojcicki, a 15-year Google vet who was appointed YouTube CEO in February.

Wojcicki told the conference that the good news is that YouTube has seen a continuous and consistent yearly growth rate of 50%, making it extremely attractive to advertisers looking for growing audiences to expose to their wares.

But for content creators, the news isn’t so great: YouTube takes 45% of all ad revenue generated on their site, shutting them out of much-needed monetization. Ad-free subscription might benefit YouTube creators with a more lucrative revenue source.