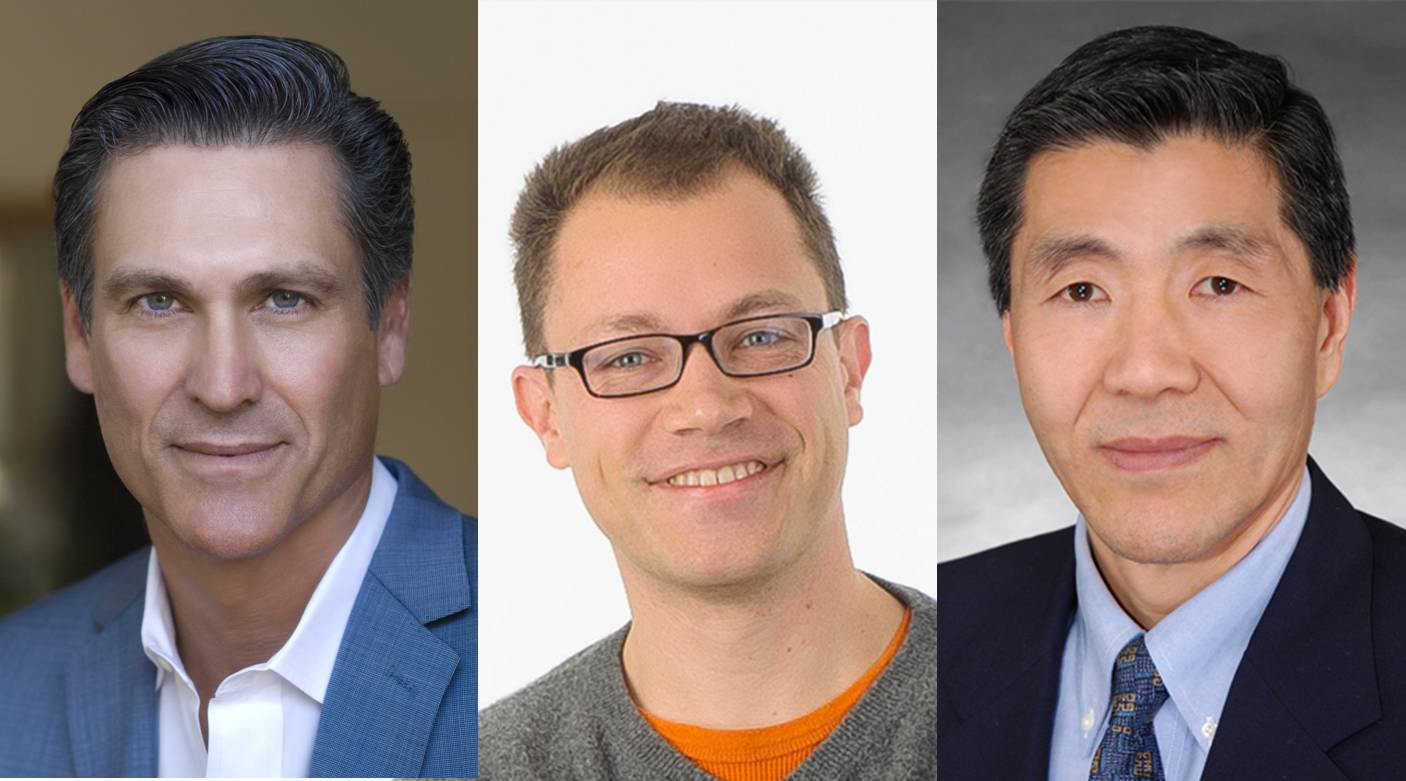 The world of feel-good entertainment has a new player, Aspire Entertainment, a multi-platform production company focusing on inspirational stories about people who overcome adversity.

Chang (pictured right) and Vasudevan are co-creators of the Million Dollar Arm reality TV series about a baseball talent hunt in India. The series inspired the Disney feature Million Dollar Arm, in which they are featured as characters (portrayed by actors). The film is one of a string of inspirational Disney sports films produced by Ciardi’s Mayhem Pictures that includes The Rookie, Miracle, The Game Plan, Secretariat and the upcoming McFarland USA, starring Kevin Costner.

The film led to discussions about launching a production company to create multi-platform content with a similar narrative aesthetic, and the trio brought in Duterme (pictured center), a former Google executive responsible for strategy and corporate development for YouTube, as a partner in the venture.

“Audiences receive entertainment when and how they want it, and the landscape is still evolving and expanding exponentially,” said Ciardi (pictured left), Aspire’s president and CEO, in a statement. “People are still hungry for stories that inspire and move them, no matter if they enjoy them in a movie theater or on their phones. Aspire’s goal is to find and produce those stories for a global audience.”

Vasudevan is the founding director of the personal productivity app-maker ReQall and the information security company Smaarts. He is also the co-creator of Gigante, a documentary about baseball player Andres Torres.