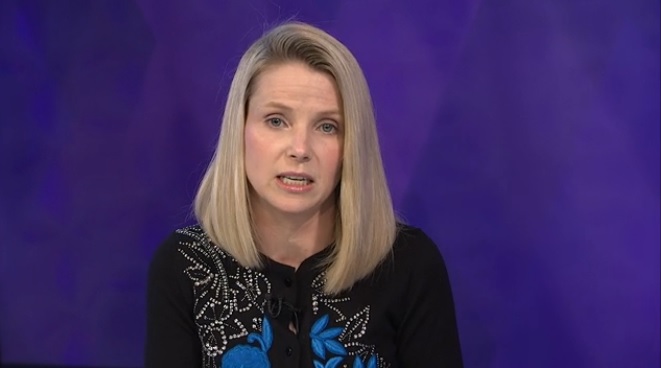 Acquisitions not a choice but a necessity for Yahoo: Mayer

Since CEO Marissa Mayer joined the company in 2012, Yahoo has spent $1.6 billion on acquisitions. And the strategy is paying off, she says.

Since Marissa Mayer joined Yahoo in July of 2012, the company has spent just over $1.6 billion on acquisitions, said the CEO during Yahoo’s earnings call Tuesday.

In order to attract users and accelerate engagement and revenues, “acquisitions have not been a choice for Yahoo, in my view, but rather a necessity,” Mayer said, during the Q3 financial update delivered to investors.

Revenues were up 1% over the previous year, coming in at $1.094 billion for the quarter. The figure is higher than analysts predicted for Yahoo, which is good news after a lackluster financial report last quarter. However, display advertising revenue was down in Q3. Yahoo reported $447 million in display revenue, which is down 5% from the same quarter in 2013.

But Mayer tried to steer focus on the future for the company, recognizing that being a past master in the internet business comes with baggage. In order to attract new talent, develop its core pillars (search, communications, digital magazines and video), and execute a strategic growth plan, mergers and acquisitions will be a key focus going forward, she said.

On Tuesday, TechCrunch reported Yahoo is in talks to buy digital adverting service BrightRoll in a deal that could be worth up to $1 billion. However, the rumor was not brought up during the earnings call.

“Because Yahoo’s legacy technology is quite aged, it’s important for us to look for opportunities to bring more modern, more cost-effective, more efficient and more updatable technology into the mix,” she said. 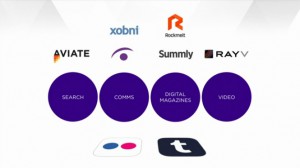 Over the past couple of years, Yahoo has acquired 6 online companies that are considered “building block” transactions to develop the company’s key pillars: Aviate for search, Xobni and IQ Engines for communications, Rockmelt and Summly for digital magazines, and RayV to improve video streaming and transcoding.

However, 80% of that $1.6 billion that’s being shelled out on M&As under Mayer’s direction was spent on 2 “strategic” acquisitions: social media platform Tumblr and mobile analytics firm Flurry.

Since acquiring Tumblr in May of 2013, the audience has grown 40% to to 420 million user, Mayer said. Tumblr’s revenue is also “growing nicely” and expected to exceed $100 million in 2015. According to a recent Business Insider article, the blog network has the potential to become a competitor to YouTube. The article states that it’s not Yahoo Screen that will introduce a channelized platform to host video content from creators who have built careers on YouTube, but rather Tumblr.

The micro-blogging platform, which was founded by high school dropout David Karp, has been attracting big-name advertisers like Starbucks and Taco Bell. Its audience skews younger and engagement rates are impressive, with time-spent averaging at 22 min. to 28 min., Mayer said. But Tumblr has also attracted some pornographic or not-safe-for-work images. Mayer brushed aside questions around content not being brand-safe by saying that the problem is not any more pronounced than it is on other online social platforms (we’re looking at you, robot sex workers on Tinder).

In any case, it seems investors are watching closely what Yahoo does to take advantage of Tumblr’s potential, but also curious about Mayer’s startup-acquisition philosophy.

“From a capital allocation perspective, I want to call out that we have spent $1.6 billion on acquisitions where we have returned more than $7.7 billion through share repurchases during that same time period,” Mayer said.

“We will continue to seek opportunities here and we will be smart about it.”