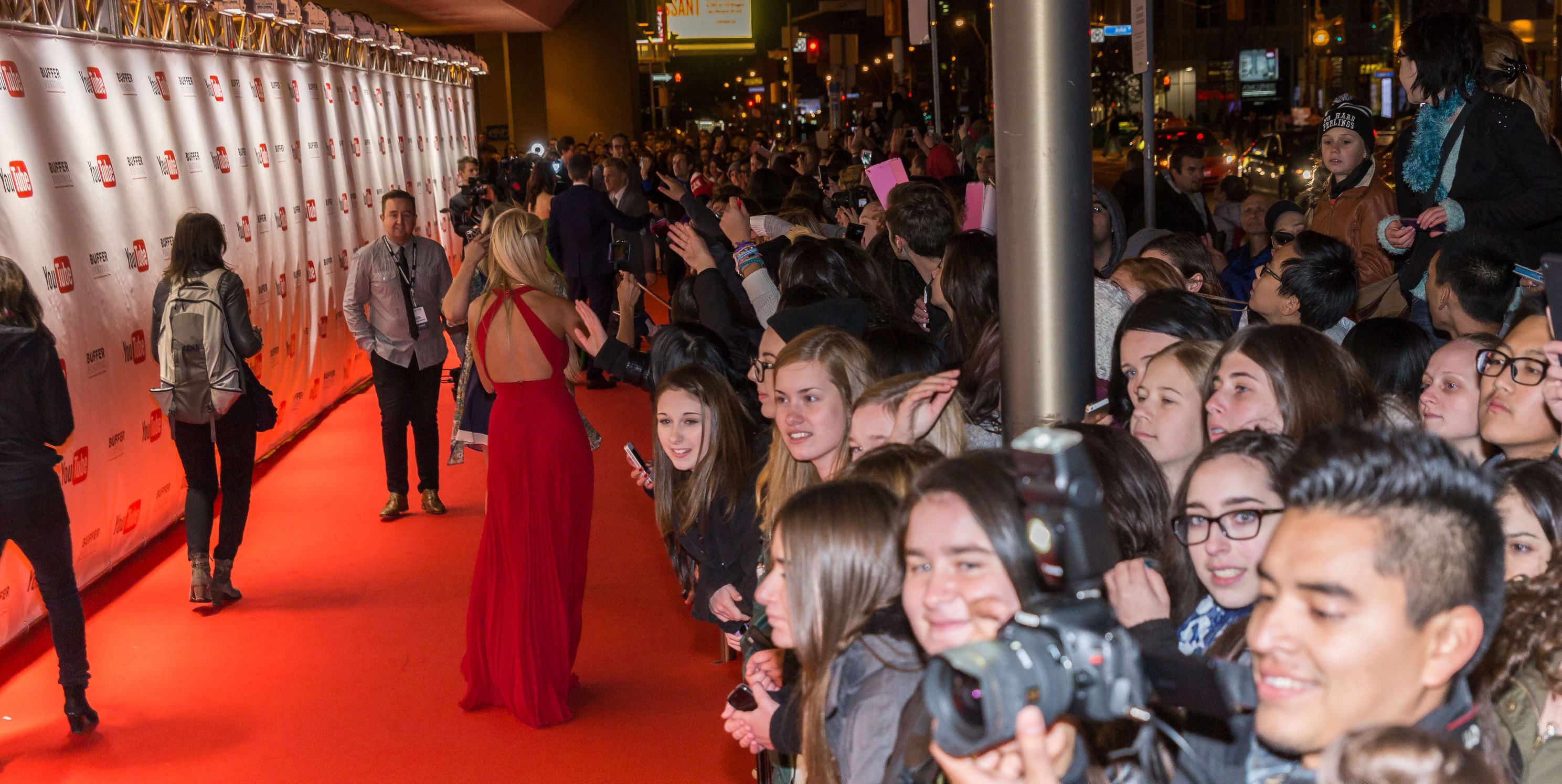 On the red carpet at Buffer Fest

About 10,000 tickets were sold to fans over the 4-day festival. Check out some of the creators who were there.

Buffer Festival wrapped on Sunday in Toronto after exhibiting some of the best online video creative on the big screen to YouTube fans in Toronto. This is only the festival’s second year, but organizer Corey Vidal says almost 10,000 tickets were sold.

Vidal, who now runs his own company called ApprenticeA Productions, got his start on YouTube after a Star Wars tribute song went viral in 2008. It’s not surprising then that his favorite part of the fest was a Star Wars screening with Lucasfilm.

“I was so unbelievably excited to see those videos on the big screen. I was grinning from ear to ear and practically jumping out of my skin. I never thought anything like that could ever happen in my life. It was so much fun,” he tells StreamDaily.