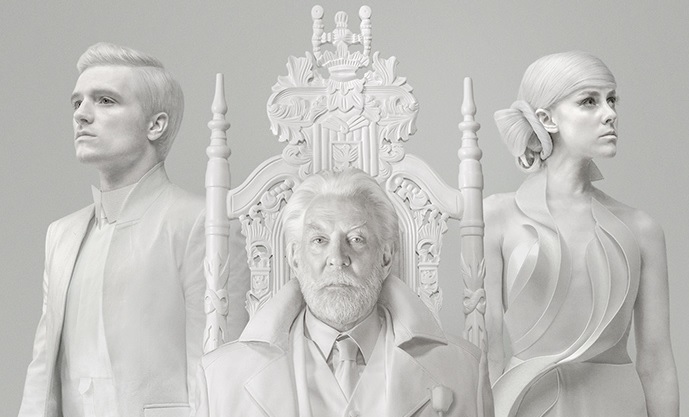 Lionsgate announced on Monday that it is teaming with Google to introduce District Voices, a 5-episode YouTube series promoting The Hunger Games: Mockingjay – Part 1. It is the latest campaign from Google’s Art, Copy & Code project, exploring new ways for brands to connect with consumers.

District Voices brings to life Panem, the fictional world of The Hunger Games. Each episode of the series was created with a different YouTube creator whose channel content aligns with a specific industry from one of the districts of Panem. Lionsgate and the creators are producing the series, with Art, Copy & Code facilitating the connections between the studio and the web talent, assisted by YouTube Space LA.

The series kicks off on Monday with an installment covering District 8, in which Rob Czar and Corinne Leigh, co-helmers of the Threadbanger YouTube channel, show how to best make use of excess Peacekeeper armor. The roll-out will continue through Friday, with new episodes premiering each day from (in order) Shane Fazen (fightTIPS),  Derek Muller (Veritasium), Jimmy Wong and Ashley Adams (Feast of Fiction), and Justine Ezarik (iJustine).

According to Google, global fan communities are watching more than 9 billion hours of video each month on YouTube, and the creators who participated in District Voices have a combined base of over 4.9 million subscribers and more than 550 million video views.

“YouTube is the best place to build a fanbase,” said Ben Malbon, Google’s director of creative partnerships, in a statement. This collaboration with Lionsgate showcases how brands can harness the power of Google and YouTube to reach their core audience when they are engaging with the content they are most passionate about and where they are spending the majority of their time.”

Mockingjay – Part 1 is the third film in the franchises based on Suzanne Collins’ Hunger Games novels that has already grossed more than $1.5 billion at the worldwide box office. It opens in theaters on Nov. 21.