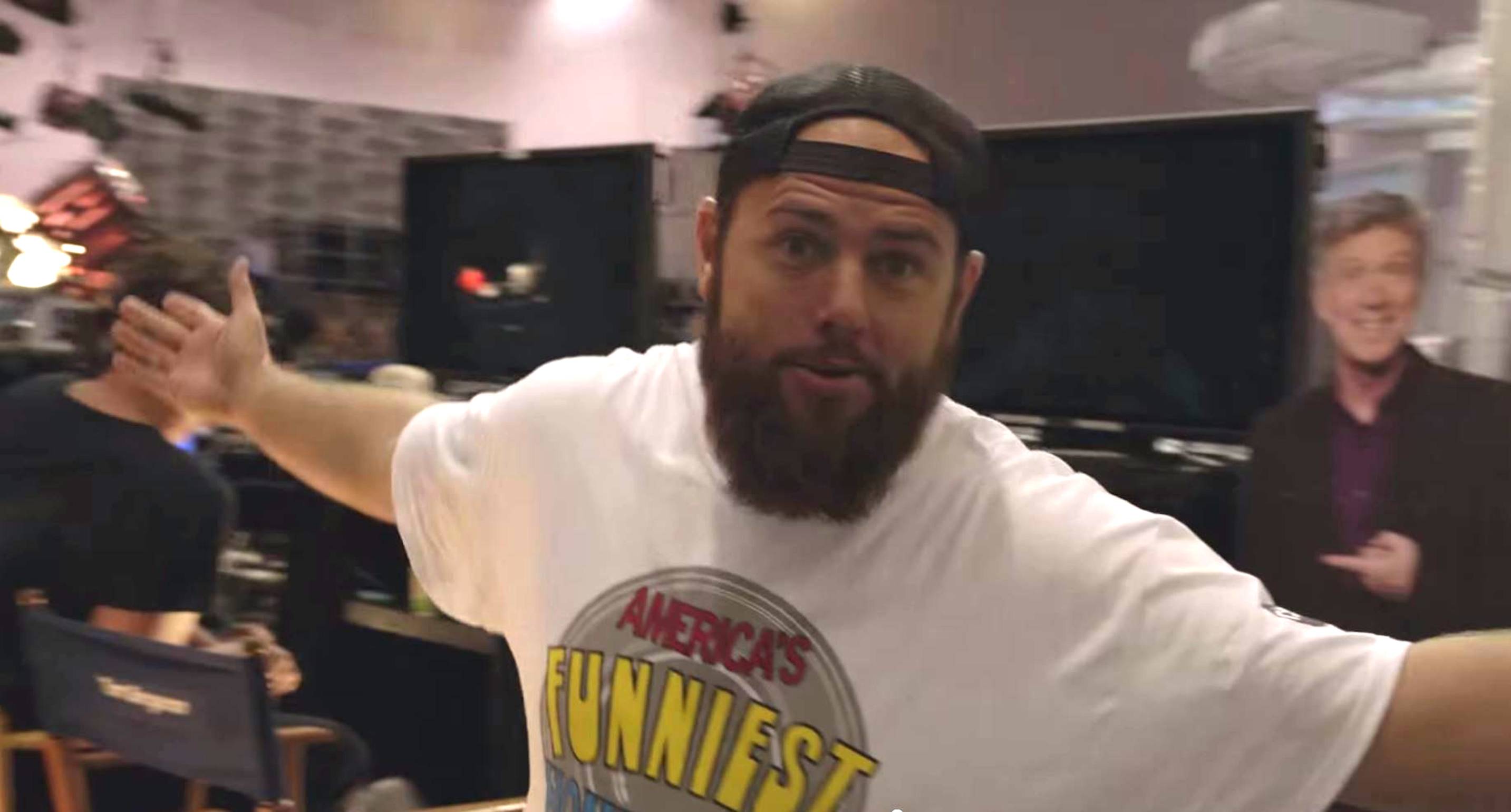 There will be groin hits and wedding fails

Shay Carl, who started vlogging full-time when he got his first $6,000 pay check, discusses his AFV show.

America’s Funniest Home Videos (AFV) and YouTube are a perfect fit, both having built their success on a bedrock of funny cat clips and epic fail videos. But YouTube star Shay “Shay Carl” Butler says his ShayFV — his new weekly, 17-episode, short-form digital AFV spin-off that debuted Sunday on Maker’s proprietary web portal Maker.tv and his Shaytards channel — wasn’t a no-brainer for him.

“I wouldn’t normally do a clip show because a lot of people have done it on YouTube,” says Butler. “But the only reason I would do it was with the OG of clip shows, which is America’s Funniest Home Videos.”

The 34-year-old Butler is one of the OGs of YouTube, but lately he’s been diversifying. He’s got a book deal with Simon & Schuster, and he’s currently developing a documentary called Vlogumentary on a $200,000-plus budget funded with an Indiegogo campaign.

AFV, which is celebrating its 25th season, “was looking for family-friendly content, something that matched their audience base,” says Butler, who features his wife Colette and their five children prominently on his five YouTube channels. “They saw our stuff and realized we had a lot of funny home videos, and it just seemed to work.”

Butler’s big personality will give ShayFV‘s 3-to-5-minute episodes a fresh spin, but he’s basically following the classic AFV formula. In the trailer for the show (below), he promises to deliver such AFV mainstays as groin hits and wedding fails, as well as the currently popular “ice bucket thing.”

Growing up in Pocatello, Idaho, Butler was the class clown, “but I was like, ‘What am I going to do with that? I’m not going to Hollywood,'” he says.

Instead, he worked as a real estate agent and a car salesman, sold pest control door-to-door, drove a school bus and, eventually, started his own granite counter top installation business.

Butler started vlogging a few times a week, and his first Google AdSense check was $300.

“I thought, I can buy groceries with that. If I can get up to $1,000 a month and pay our mortgage. that would free up so much of my time,” he remembers.

In March of 2009, Butler upped his vlogging frequency to once a day, and his AdSense income skyrocketed.

“We got $6,000 for a month of videos,” recalls Butler. “That’s when I went full time. That’s when the hobby turned into the career.”

“Back then, if you had the most comments and the most thumbs up and all these interactive analytics, you’d get on the front page of YouTube,” says Butler, who moved back to Pocatello earlier this year after spending several years in Los Angeles launching Maker. “Because my audience was so interactive with thumbs up and comments, probably 3 out of 7 days a week, I would have a video on the front page of YouTube. They changed that, and now it’s a lot harder to get on the front page. So, for me, it’s just been not giving up, just continuing building that audience and having them expect to see a video every day, and just grinding it out.”

There’s no need to cry for Butler. Disney’s $500 million-plus purchase of Maker in March didn’t hurt his bottom line. And although the AdSense game might not be as easy as it once was, Butler thinks advertisers are finally starting to recognize that the digital video space is a great place to hawk their wares at a fraction of traditional TV prices, as well as a platform for real artists.

“For 6 years, we’ve been fighting for this legitimacy,” Butler says. “It’s like, ‘We’re creators, too. We’re artists, not just these stupid kids posting these dumb get-kicked-in-the-balls videos.'”