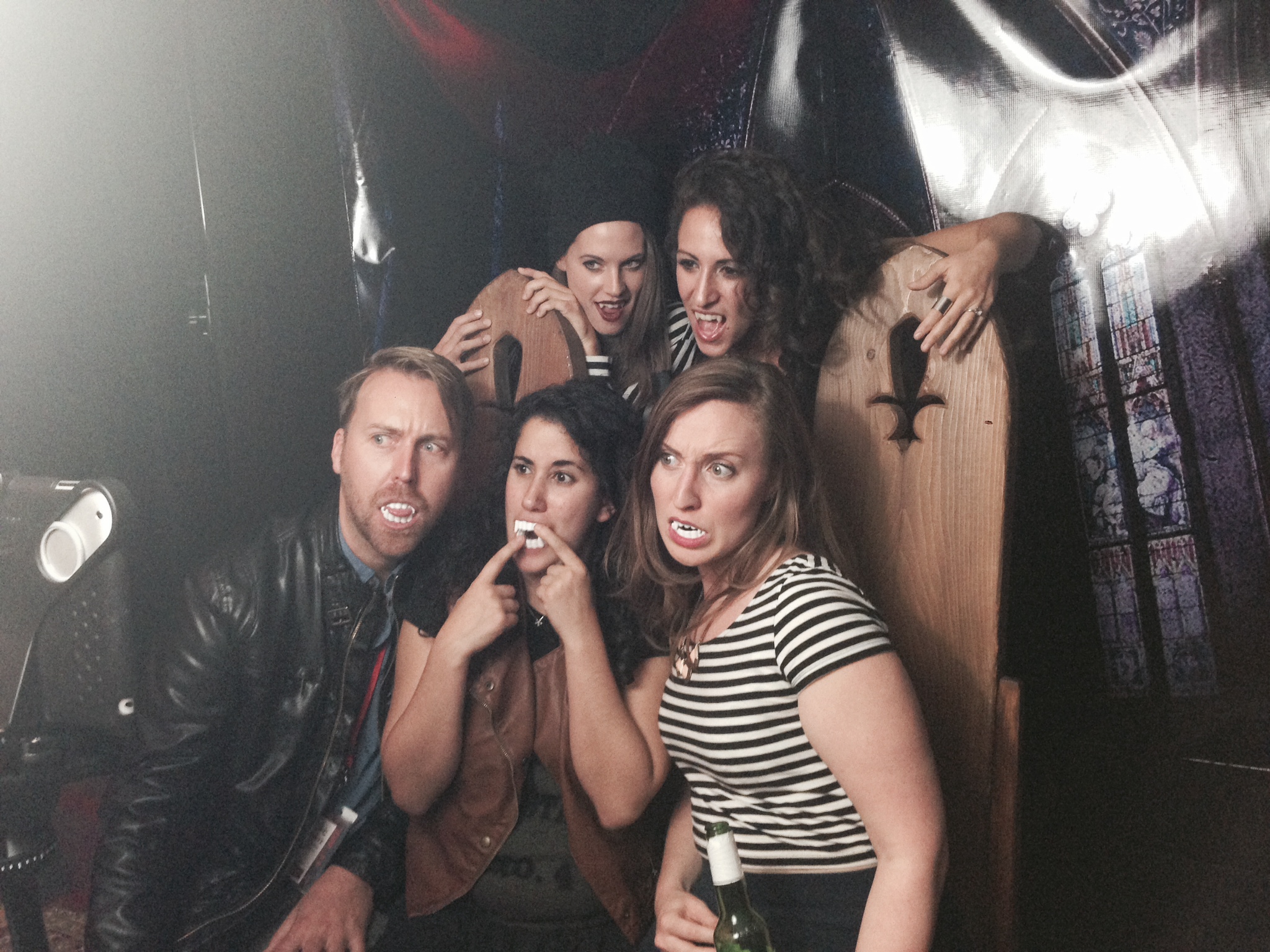 Why the feminine hygiene brand is working with Carmilla, a transmedia gothic vampire series aimed at reaching millennials.

Do vampires get periods?

That’s the perfectly logical question posed by U by Kotex as part of the new web series it executive-produced, Carmilla.

Fully financed by Kotex, the series was produced by Toronto-based Smokebomb Entertainment and digital agency shift2, with Geometry Global as the brand activation agency. The 36 x 4-minute web series is based on a novella of the same name by by Joseph Sheridan Le Fanu.

Soft-launched online over the summer, Carmilla follows a university student whose world is turned upside down when a vampire moves into her dorm room.

Although it financed the series, U by Kotex didn’t insist on the inclusion of branding in each episode. Instead, it waited for audience levels to build before rolling out a series of branded spots that will be posted on their own and at the end of upcoming Carmilla episodes on the VervegirlTV show’s page.

Because Smokebomb owns the Carmilla IP, the series was shopped at MIPCOM earlier this week by Shaftesbury Sales Company.

The show is being promoted through social media with ads running on YouTube prior to the series launch in August and an ongoing push on Twitter, Tumblr and Instagram.

Branded videos will feature stars of the show, talking about topics that relate to the content and the product like, “Do vampires get their periods?” The videos from Kotex will also be integrated into the show’s Tumblr feed and Twitter accounts for the characters.

Denise Darroch, brand manager of feminine care at Kimberly-Clark, says this project marks one of the first for the brand using online video, adding that she feels that brands need to act like content creators when going online, not posting ads or one-off spots and expecting audiences to flock to the platform.

“Smokebomb was looking for a scripted series based on a book that is now in the public domain,” says Kaaren Whitney-Vernon, CEO at shift2. “I think it has been a 2-year process now. The connect with U by Kotex is that we knew it was a brand that wanted to do things differently. They aren’t afraid to try things because they know that they need to connect with a younger audience.”

The series is produced by Smokebomb’s Steph Ouaknine and Jay Bennett, co-created by Smokebomb and award-winning playwright Jordan Hall and written by Hall.