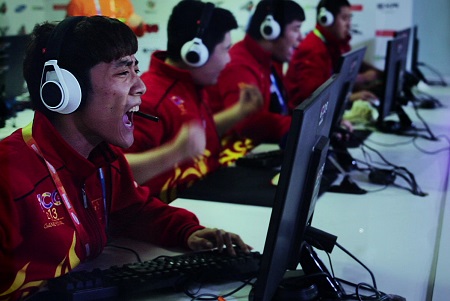 French producer-distributor ZED and China's Oriental Companion Media are co-producing Game Fever, which is both a web series and feature film.

French producer and distributor ZED will co-produce the e-sports series Game Fever with China’s Oriental Companion Media and the Pegasus media group, which is providing 65% of the financing.

The project will debut next year as a 26 x 10-minute web series and evolve into a feature documentary shot in 4K and directed by Hervé Martin-Delpierre. Game Fever will delve into the public personae and private lives of online gaming champions, as well as the wider industry and community behind online games.

The multiplatform roll-out strategy is designed to reach gamers who do not watch traditional TV. According to research firm Newzoo, China alone is home to 350 million gamers – more than the United States and Japan combined.

“Game Fever is aimed at the millions of people who play and socialize online, and who no longer watch TV,” producer Christine Le Goff said in a statement. “Distributing Game Fever across different media will bring them together, crystallizing around the theatrical release of the film.”