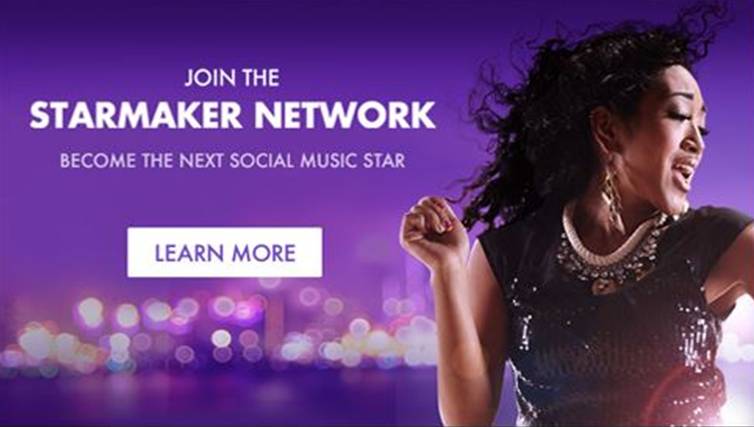 Co-founder and CEO Jeff Daniel explains how creators can use their platform to cover tunes and still make some money.

Aspiring singers looking to use YouTube as a launching pad for their careers are getting an assist from StarMaker Interactive with the launch of the StarMaker Network.

The platform enables creators to record cover songs using rights-cleared backing tracks from all the major music publishers, and publish and monetize them on their own YouTube channels. The platform also provides studio effects (including AutoTune), scrolling lyrics and guide vocals.

StarMaker gives creators a 60/40 split of the net profits after the music publishers take their cut.

“You see many musicians starting out, building a career doing cover songs on YouTube, yet they’re not earning anything from it,” says StarMaker Interactive co-founder and CEO Jeff Daniel. “They’re unclear about ownership of music publishing versus the master recordings, so they’ll simply upload it. What happens then is (YouTube’s) content ID will catch it or one of the music publishers will claim that video, and then the music publisher is taking all of the (Google AdSense) revenue, and the user is not getting any of that.”

The network will draw upon the 20 million creators who have downloaded its video creation apps StarMaker and The Voice: On Stage (made in collaboration with NBC’s The Voice) from iTunes and Google Play.

Creators can also record their own back tracks for cover tunes and monetize them, without fear of takedown notices.

“You can do anything from these publishers, even if it’s not a song within the app,” Daniel says. “Once you’re signed to our network and your channel is within our protected vault, you can direct-upload and we cover it through our deals with these music publisher.”

Daniel says creators have little worry of recording a song that the artist has not approved to be covered by their deals, although “there will always be a couple of artists who will say, ‘We don’t like people doing covers.’ But, in this day and age, almost every artist has recognized that if they want their compositions to get out their into the world and earn some extra income, they shouldn’t try to stop people from doing covers of their songs.”