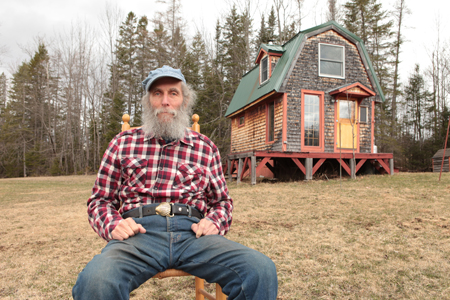 CNE picks up Burt’s Buzz for The Scene

The documentary, directed by Jody Shapiro, will be featured on TheScene.com in 10 parts and is one of CNE’s first feature film acquisitions. Burt’s Buzz, which screened at the 2013 edition of the Toronto International Film Festival, follows the life story of Burt Shawitz, the co-founder of the Burt’s Bees natural beauty product line.

CNE is a division of the larger Condé Nast mediaco, which owns a wide range of media brands and publications including Vanity Fair, Vogue, The New Yorker and Wired. Jed Weintrob, head of production at CNE, said during a presentation at this year’s TIFF doc conference that the company aims to break up feature documentaries into smaller episodes online to keep the content digestible for mobile audiences. Weintrob said at the time that a large percentage of Condé Nast’s content is watched on mobile devices.

CNE’s The Scene video portal features original content from over 20 brands, including ABC News, The New Yorker, Buzzfeed and GQ. The deal for Burt’s Buzz was negotiated by Weintrob for CNE and Scott Kaplan from Filmbuff; executive producers on the film are Jean Du Toit, Phyllis Laing and Isabella Rossellini.