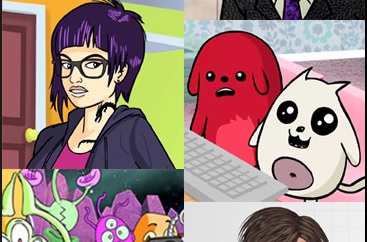 Bite On Mondo series to air on Teletoon

The Bite On Mondo pitch program was launched by Blue Ant, Mondo Media and YouTube last fall. The program aims to find breakout animated content by testing and growing potential hits through Mondo’s YouTube subscriber base of over 2.4 million, and Blue Ant’s TV and digital properties.

To date, the Bite On Mondo program has received over 500 pitches, and is using YouTube to measure popularity and feedback on the projects to determine if they should be developed into packaged shorts or longer formats. So far, the program has developed 25 pilots, including Don’t Feed the Humans and World Doctors.

For the series, shorts from the program will be compiled into half-hour episodes, said Jocelyn Hamilton, VP of programming and original productions at Corus Kids. The series will air during the Teletoon at Night programming block, and Corus hopes to get the series to broadcast as soon as possible – likely in 2016, or potentially 2015.

“We are always looking for the most innovative and fresh content for today’s audiences and Bite On Mondo is just one of our many partnerships that allow us to tap into this generation of content creators,” Hamilton told Playback Daily.