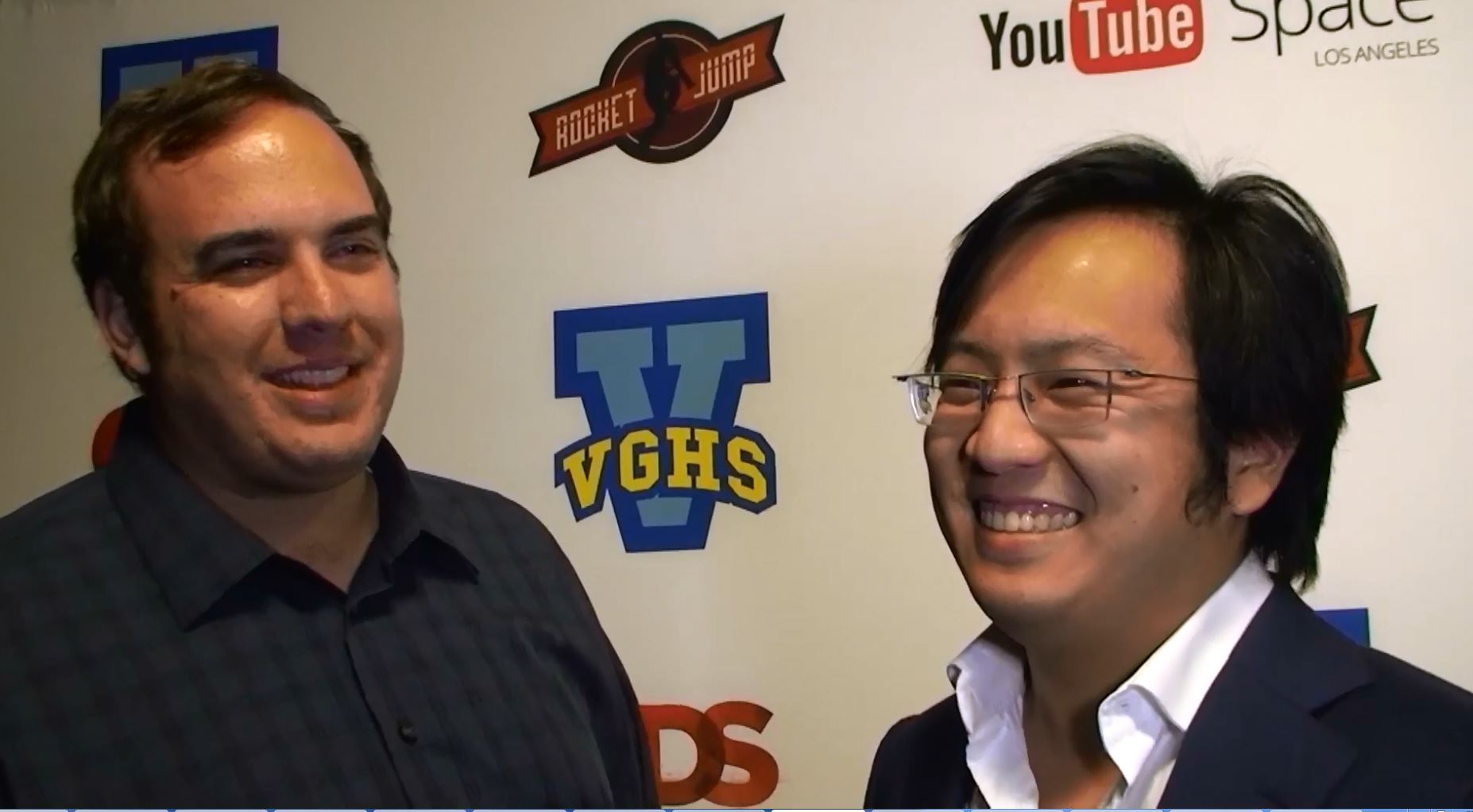 Behind the scenes at VGHS S3 premiere

Video: As they say goodbye to one project, RocketJump's Freddie Wong and Matthew Arnold are about to start another, they tell StreamDaily.

For Wednesday’s season premiere party for Video Game High School, YouTube Space LA was decked out like a high school gym hosting a senior prom, replete with a row of lockers. But the event was more like a graduation ceremony, because season 3, which debuts on Monday, will be the last for the show.

In the video above, StreamDaily talks to VGHS co-creators and RocketJump Studios co-founders Freddie Wong and Matthew Arnold about why they decided to end the show, as well as upcoming projects, including a previously unannounced reality series.