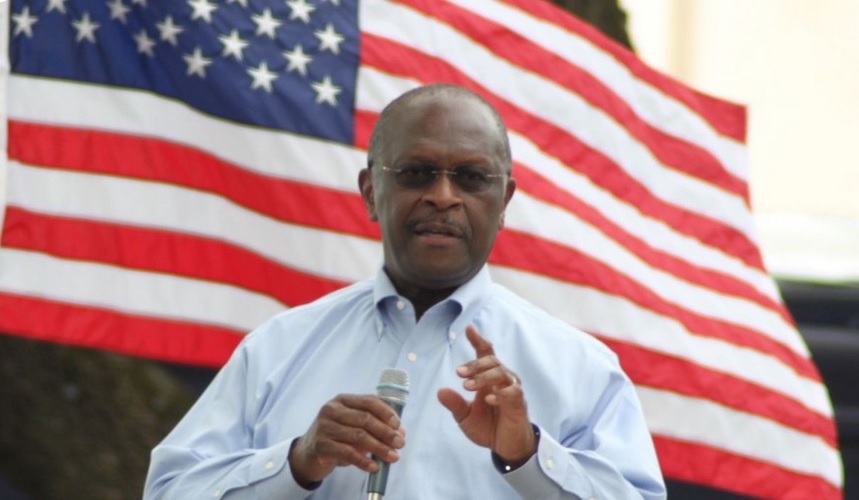 The Tea Party activist and 2012 Republican presidential candidate joins Sarah Palin with a subscription channel on the "super fan" network.

Sarah Palin has company on TAPP.

Palin’s TAPP channel went live in July with a mix of news, editorials and behind-the-scenes family footage from the former Alaska governor and Republican vice presidential candidate, as well as video chats with subscribers and user-uploaded videos.

The Herman Cain Channel, which went live this week, will follow a similar model, with daily videos and commentary on hot button issues facing Americans, excerpts from his nationally syndicated radio show, and inspirational segments on Cain’s personal journey, as well as regular interviews with prominent national figures and video chats with subscribers. It costs $9.99 a month or $99 for a full year.

“My new channel is all about digging deeper into real solutions for the economic and spiritual problems facing America today,” said Cain in a statement. “I’m looking forward to mixing it up with my members face to face, in a way we can’t do on the radio or campaign trail – and doing so with humor and hard facts.”

TAPP launched in March with New Life TV, a channel from bestselling author, radio host and relationship counselor Steve Arterburn that has posed more than 500 pieces of on-demand therapy content to date.

This month, Palin will debut a series of on-the-road segments on her channel, in which subscribers will go behind-the-scenes with her as she hits the campaign trail in Kansas and Louisiana and travels to the Values Voter Summit in Washington, DC.