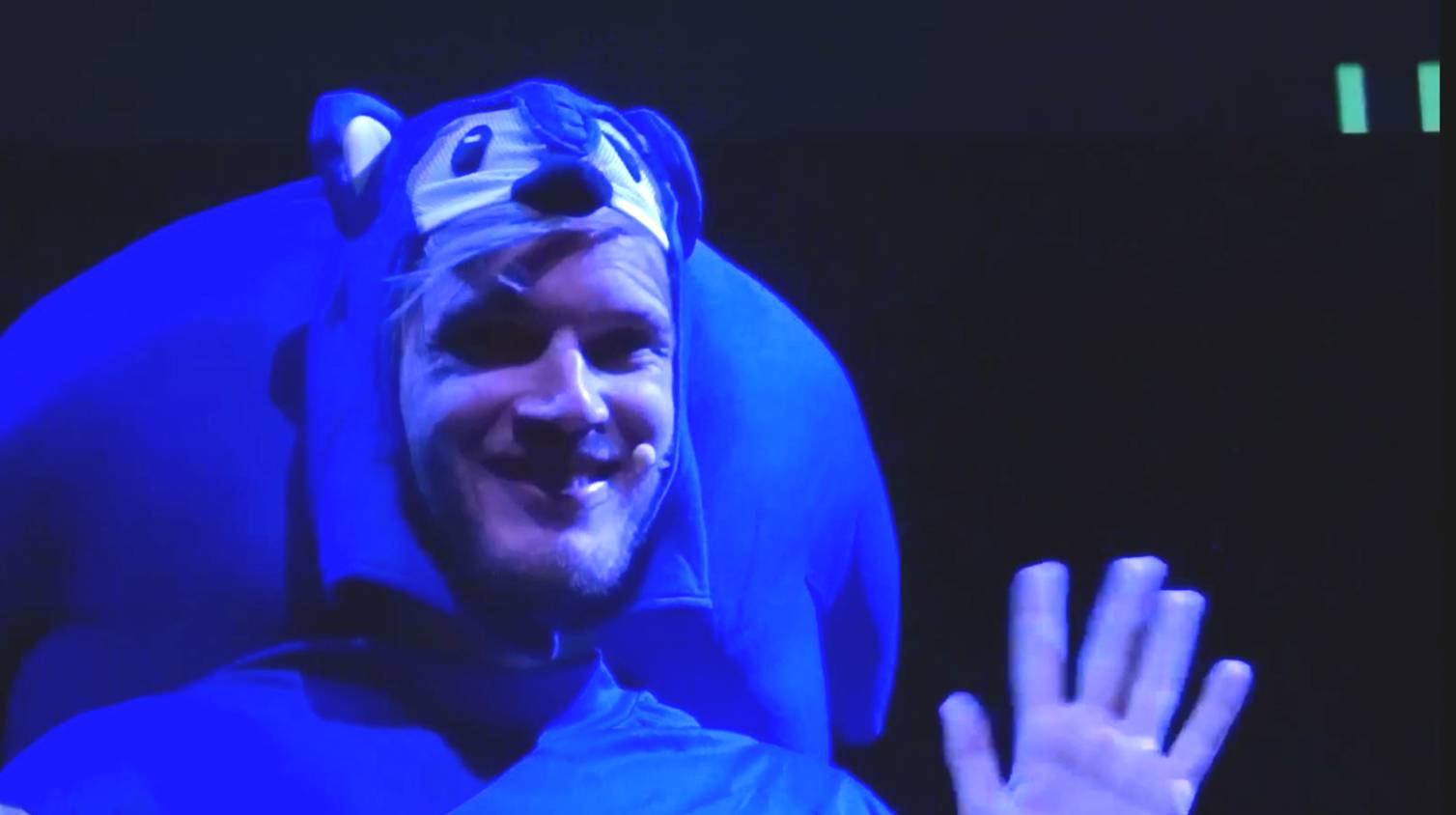 PewDiePie happy as a hedgehog at Maker Studios event

Video: Disney Studios hosts the world's top YouTuber as he plays against gamers like Stampylonghead, who's launching a new channel.

Felix Kjellberg (PewDiePie) treated fans to a little video game cosplay on Saturday when he donned a Sonic The Hedgehog costume for his appearance at Maker Studios’ Anki Drive “grand prix” at Walt Disney Studios in Burbank, Calif.

The Swedish-born, London-based YouTube sensation competed against other stars from Maker’s Polaris gaming vertical in the racing game, in which players drive miniature cars by remote control with a smartphone app. His opponents included Stampylonghead, EvanTubeHD, 101DarkMonkey and Cinnamontoastken.

In the video above, StreamDaily talks with Maker execs Todd Barrish, SVP of strategic partnerships, and Louis Timchak, head of West Coast sales, as well as Joseph Garrett, the creator behind the Stampylonghead channel. Garrett discusses a new educational channel he’s launching with Maker called Wonder Quest, expected to debut by the end of the year.

Maker will post videos of the Anki Drive from each player’s P.O.V. on their individual channels, as well as a video of the collective experience on Polaris.