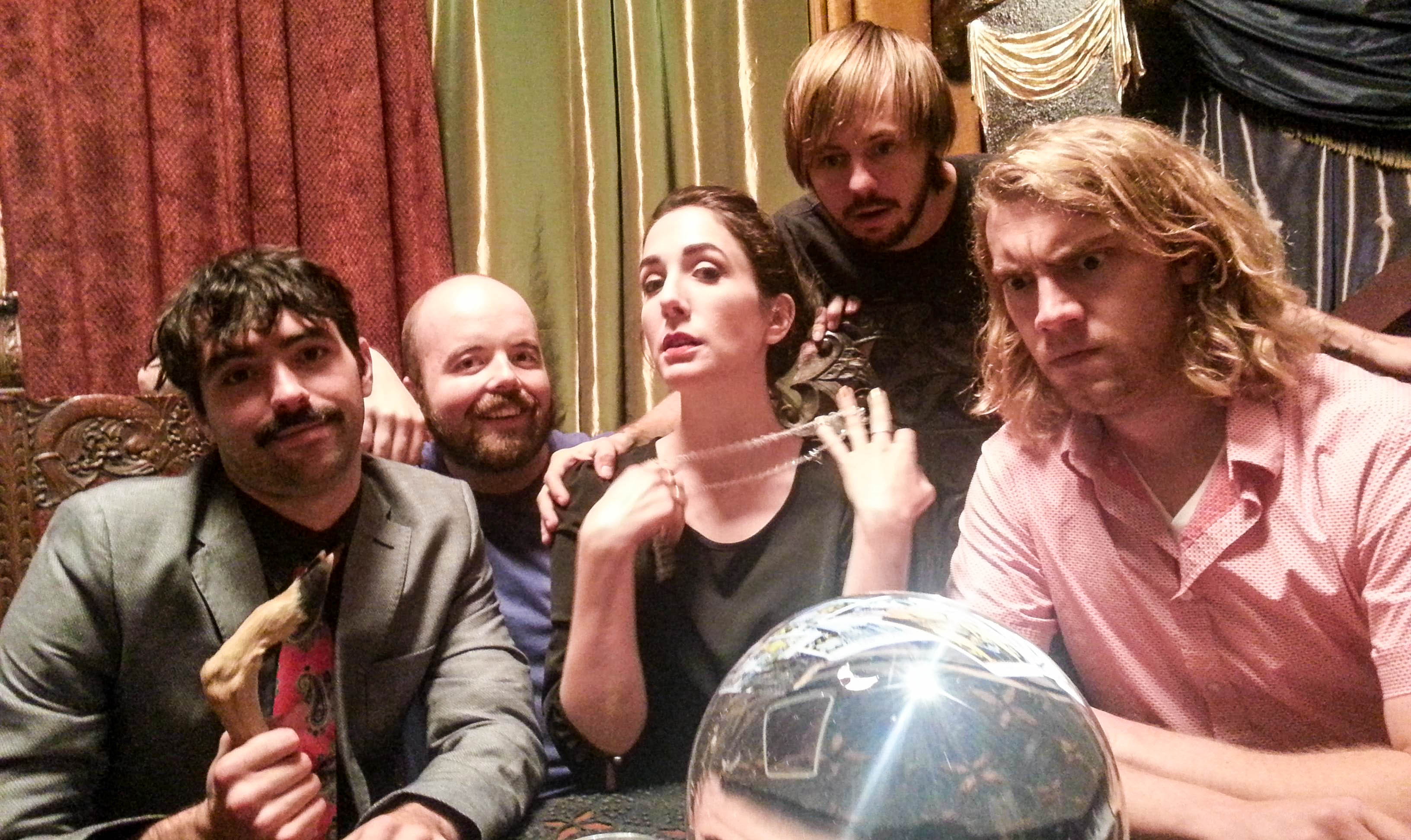 YouTube vets at 5-Second Films discuss their move into long-form as they prep to hit the film-fest circuit with a film called Dude Bro Party Massacre 3.

One of the elemental conventions of ’80s slasher films is that anytime a pretty young woman has sex and/or removes her top, it signals her imminent demise.

In 5-Second Films‘ (5SF) recently-completed debut feature Dude Bro Party Massacre 3, the cliché gets turned on its head: the men take off their tops, then get killed. Look for the body count to be high — the trailer made to sell the project promises “more exposed man-tit than you can count.”

“We set out to invert that sexual dynamic you see in those movies,” said Ben Gigli (pictured, far right), the film’s co-writer and producer, as members of the group took a break from shooting a series of super-short-form clips on the Halloween stages at YouTube Space LA late last month. “It’s all about the dudes going to a lake.  Someone says, ‘You should bring some girls,’ and it’s like, ‘No! It’s about all of us just hanging out, without women!'”

In other ways, the film goes to extremes to accurately evoke the era. Shot on a Red Epic camera, its image is being digitally downgraded and presented in 4:3 aspect ratio, so it looks like an old pan and scan VHS tape.

At approximately 90 minutes in length, Dude Bro is an inversion of 5SF’s’ own well-honed aesthetic. Since going online in 2008, the troupe, founded by Brian Firenzi, has churned out 1,500 videos that have garnered close to 385,000 subscribers and 200 million views on YouTube, as well as famous fans, including Weird Al Yankovic, Juliette Lewis and #1 cheerleader Patton Oswalt, who’ve guest starred in their clips.

But their formula (2 seconds of beginning titles, 5 seconds of narrative, and 1 second of end titles) doesn’t play well with YouTube’s algorithms, which favor videos that get long watch times. And it’s not too brand-friendly, either.

“Typically, brands are very nervous about our content,” Gigli said. “They’re like, ‘This is great … except for all the jokes about violent murder, abortion, necrophilia, sodomy and bestiality.'”

To help boost its view times, 5SF has posted clip compilations and “Comments of the Week” videos, in which troupe members sit in front of a camera and riff on fans’ posts. It’s also been working on a video in the 10-minute range as one of the first 14 participants in an incubator program by New Form Digital.

In spite of their best efforts, 5SF’s Google AdSense income has not reached PewDiePie levels. The money it’s earned has kept them in fake moustaches and silly hats, as they like to say, but it hasn’t come close to putting its 15 members in sports cars and mansions, or fulfilling their creative ambitions.

“The restrictions within that [super-short format] was really great and it served its purpose for so long, but we’re artists, and we’re all in this industry to make things that are longer than 5 seconds,” said Dude Bro co-star Kelsey Gunn (pictured, center).

Convincing industry execs that they were up to handling a full-length feature was another matter. And the whacked-out script — which had plot points like a senior prank that causes two commercial jets to crash into an orphanage — didn’t help.

“They were like, ‘This is funny. But I don’t know how you’re going do it. When it’s done, come back I guess,'” remembered Tomm Jacobsen (pictured, second from right), who shared directing duties with Michael Rousselet and Jon Salmon.

When it became clear that traditional Hollywood financing was not forthcoming, 5SF launched a Kickstarter campaign for Dude Bro with a goal of $200,000. To goose donations, they staged a 4-hour PBS-style fundraising “stream-a-thon” at YouTube Space LA in June 2013, replete with a live band and special guest stars, including Freddie Wong. In the end, they raised $241,071.

“Depending on what the response is will kind of dictate what distribution looks like,” Gigli said. “We’re definitely going to do some form of digital distribution, be it a direct release, a Netflix or Hulu. But that’s kind of an open question.”

Prurient males should know there is brief female nudity in the first 2 minutes of the film, when a group of young women are electrocuted in a flashback to the non-existent Dude Bro Party Massacre II.

But, after that, “it’s all shirtless, not-really-in-shape dudes,” said the film’s star and head writer, Alec Owen (pictured, far left).

“You’re like, ‘Oh, I’m going to watch this now, then you’re locked into this homoerotic adventure,” said Gigli.