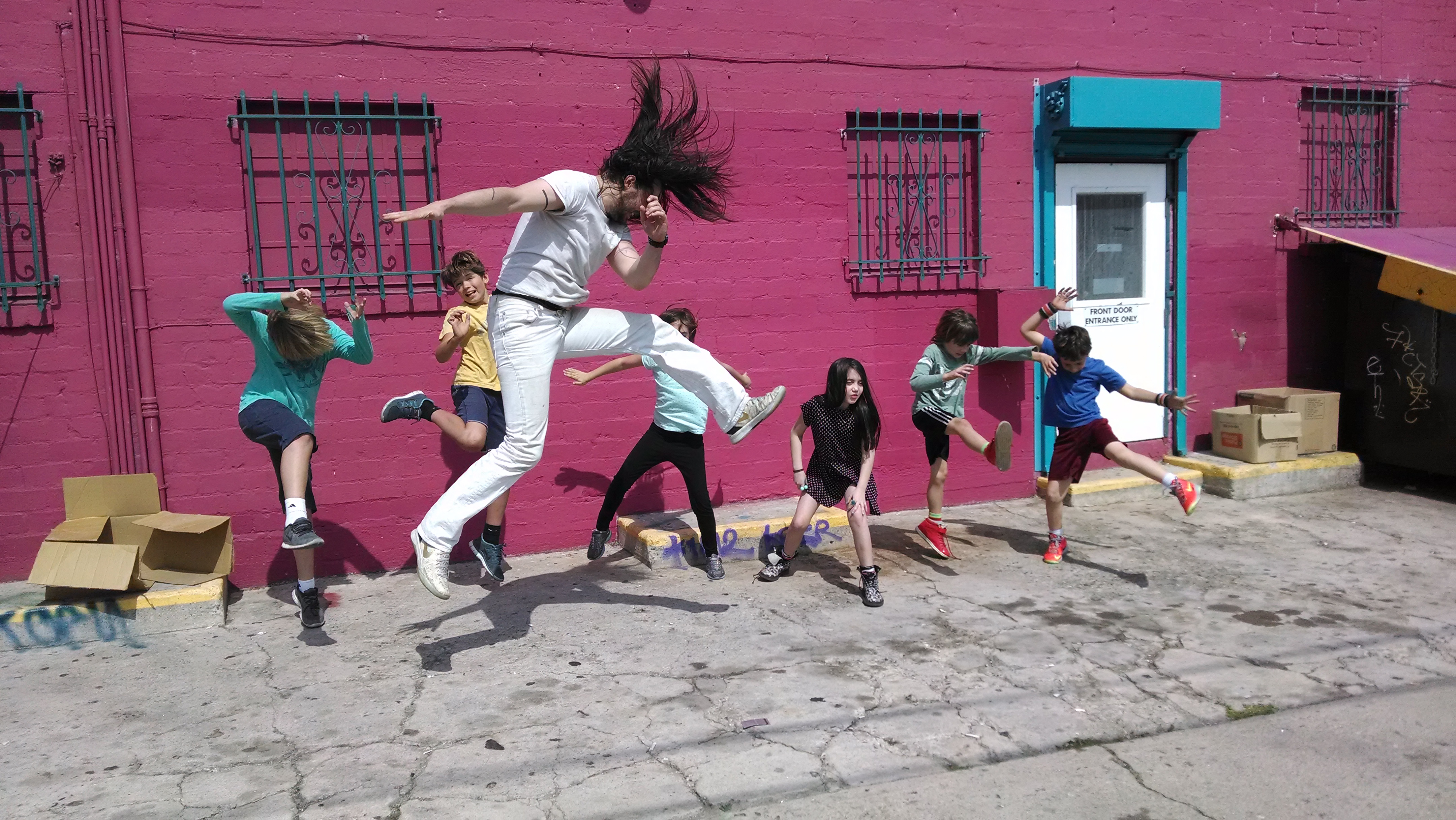 The party rocker and exec producers Ben Cooley and Clay Tarver explain how their show Meet Me at the Reck, debuting Saturday, landed at Maker.

Executive producers Ben Cooley and Clay Tarver thought they had a slam dunk with the idea for their new Maker Studios original series Meet Me at the Reck, debuting on Saturday on Maker’s Cartoonium YouTube channel.

They envisioned the show as a modern-day take on PBS children’s programming from the ’70s, with rocker Andrew W.K. (“Party Hard”) acting as a latter-day Mister Rogers, interacting with a collection of multi-ethnic kids from his neighborhood, a la Sesame Street (with L.A.’s Echo Park in place of a Brooklyn setting), and helping them undertake D.I.Y. projects like building a drum kit, a bottle rocket or a photo projector.

But when they pitched the show to network execs, “nobody was into it,” says Tarver, a writer on HBO’s Silicon Valley who earlier played guitar for indie rock bands Bullet LaVolta and Chavez and co-wrote the horror film Joy Ride with J.J. Abrams. “They said kids don’t want to be taught anything. All they want to do is watch iCarly.”

Even with a proven entity like Andew W.K., who had done a successful show for Cartoon Network called Destroy Build Destroy, the idea was a no-go. But a chance encounter with Maker Studios COO Courtney Holt brought the project back to life.

The producers always planned for the show to have a strong interactive element, and the pairing with Maker brought it out even more. The first season’s 6 episodes are 5 to 7 minutes, and each with an accompanying 5-minute how-to segment.

“Rather than a young viewer spending an hour watching other kids do stuff on the show, they spend 5-10 minutes watching how to learn something, then go spend an hour doing it on their own,” says Andrew W.K.

The producers admit the budget they had was a fraction of what they might’ve gotten at a network, where “even the most basic idea costs a million dollars out of the box,” Cooley says. But the fact that it was internet-based didn’t prevent them from attracting special guests such as Jack Black (School of Rock), Zach Woods (Silicon Valley, The Office) and pro skateboarder Eric Koston.

They invited Black to do a segment with YouTube gaming star Stampylonghead.

“(Black) knew him because his son is a massive Mindcraft gamer, and he understood how big a deal that is,” says Cooley, who had worked as a tour manager for Black’s band Tenacious D and executive produced his 2010 film Gulliver’s Travels. “He said, ‘You’ve got Stampy? I’m in!”

For Andrew W.K., the show was another avenue to exploit the talents he developed as a raucous, party-hearty rock and roll singer.

“The high energy, the enthusiasm, the cheerleading — being able to rally people together to have some fun with the excitement that music inherently brings — I want to be able to really conjure that up using whatever means I have,” says the singer, who’s currently writing the book The Party Bible for Simon & Schuster.

Cooley and Tarver say they’ve noticed a strong connection between the music and digital video community, especially at Maker, where SVP of talent is MTV vet Amy Finnerty, who gave Tarver a job at the music video network 22 years ago.

Says Tarver: “I don’t know if that tells you anything, but all these creatives, these sort of risk-seeking people with a music background, are all gravitating towards stuff like Maker.”

Meet Me at the Reck trailer: