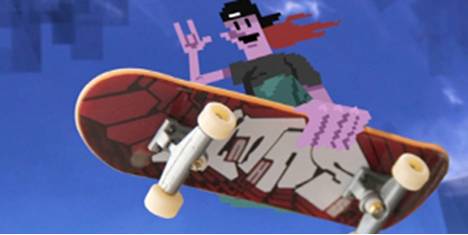 Toy maker Spin Master and web animation distributor Mondo Media discuss plans for a new channel and what kind of content they're looking for.

Toy and game manufacturer Spin Master and web animation distributor Mondo Media are calling on producers to submit pitches for animated children’s series for their YouTube channel Spindo TV. Targeting children 6 to 11, it is expected to bow in the first quarter of next year.

“At launch our audience will see animated series based on toys already on shelves, or toys that we are launching in 2015, as well as series that Spin Master is considering for toys,” says Jennifer Dodge, VP and executive producer for Spin Master Entertainment.

But potential producers shouldn’t be put off by their lack of product tie-ins for Spin Master products such as the Vectron Wave drone or its Flutterbye Fairy.

“We’re open to shows that have toy potential, and to series that don’t,” says Aaron Simpson, VP of animation and business development for Mondo Media. “A property may have toy DNA when it somehow empowers the audience to be greater than they already are, or helps them display a skill they possess. Or when the show allows kids to relive their fantasies, or perhaps live in a fantasy they themselves create.”

The team behind Spindo TV believes there is an untapped audience in the grammar-school demo, waiting to be served. Kids generally don’t become heavy YouTube viewers until their tween years, but it’s a segment that’s growing — YouTube has this year been preparing to launch its own kids service. Some IP owners have their own channels on the platform — one of them, entertainment producer DHX Media, recently reported has earned $3.3 million from YouTube in its fiscal year ending 2014.

“YouTube doesn’t track data for those under 13, but we have strong anecdotal evidence that illustrates a very big appetite for high-quality, original programming aimed at the 8 to 12-year-old crowd,” Simpson says. “That said, recent data points out that YouTube recently took over the top spot for the 14 to 17-year-old group, overtaking Facebook for the first time. It’s not a stretch to assume that the junior high crowd is also surging onto the platform, especially when you consider recent data suggesting that 10 is the age when kids first begin plugging into the world of social media, with YouTube leading the pack.”

Given that Mondo Media is best known for edgy cartoons targeting millennials such as Dick Figures and Happy Tree Friends, which have received over 2.5 billion views on YouTube, some might view their move into kid’s programming as a big leap. Simpson doesn’t see it that way.

“The science of online audience building isn’t much different from what we’ve been doing at Mondo for over a decade in the 18 to 24-year-old demographic,” Simpson says. Besides, “I’ve produced over a dozen kids property pilots, including Johnny Test, and I was a series producer for KidsWB! a few years back, so we are well-versed in that arena. And we’ll be working side-by-side with the team at Spin Master, who have popped enormous hit series like Paw Patrol, the most viewed pre-school property on Nickelodeon.”