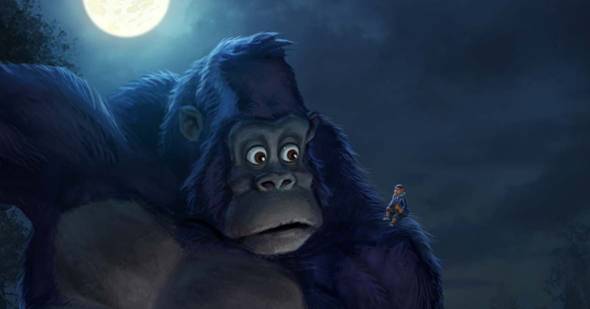 The streaming giant and former Marvel boss Avi Arad are teaming up for the CGI-animated children's series Kong - King of the Apes.

Netflix announced on Wednesday that it is teaming with 41 Entertainment on the original animated children’s series Kong – King of the Apes, which will launch with a full-length feature film to be followed by 12 half-hour episodes beginning in 2016.

The series is being executive produced by Avi Arad. As CEO/chairman of Marvel, he produced big-screen superhero franchises Spider-Man, Iron Man, X-Men and The Incredible Hulk. He resigned in 2006 and launched Arad Productions, through which he executive produced the children’s series Pac-Man and the Ghostly Adventures, also made in partnership with 41 Entertainment.

Set in 2050, the CGI animation project is a modern take on the classic King Kong story.  It’s set in San Francisco, where Alcatraz Island has been transformed into a Natural History and Marine Preserve, with Kong as the star attraction. With robotic dinosaurs as his enemy, the ape becomes a fugitive and works with 3 young people to save himself and humanity.