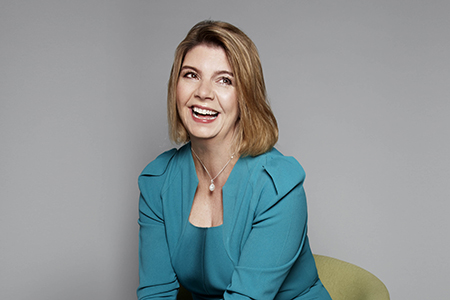 Former BSkyB MD of content Sophie Turner Laing has been named CEO of the joint venture.

Former BSkyB MD of content Sophie Turner Laing has been named as the CEO of the joint venture that will result from the merger of Shine, Endemol and Core Media, the companies confirmed Sunday.

“Pending the parties finalizing an agreement to form a joint venture comprised of Endemol, Shine Group and Core Media Group the venture partners today confirmed that Sophie Turner Laing, former managing director of content at BSkyB, would become the new venture’s CEO,” confirmed a spokesperson for 21st Century Fox and Apollo Global Management to Realscreen on Sunday via a statement.

“There can be no assurance that the proposed transaction will be finalized or completed,” the statement continued.

Digital-content divisions owned by the companies include Endemol Beyond, as well as Shine Group-owned ChannelFlip, an MCN that earlier this month announced it would be expanding with 2 new units. Core Media’s recent digital deals include a pact with female-focused MCN Popsugar, as well as an agreement to make digital and TV projects with Howie Mandel’s Alevy Productions.

Turner Laing joined BSkyB in 2003 after working in a number of senior roles for the BBC, including acting director of television. She was responsible for its portfolio of entertainment, movie and news channels as well as its studios and production services.

She has been credited with helping facilitate the launch of Sky Atlantic, Sky Living and Sky Arts, as well as a partnership with HBO and Sky’s increased original British production.