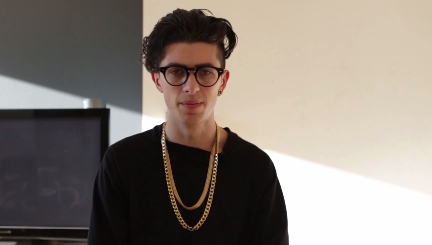 How do you solve a problem like Sam Pepper?

As Collective Digital Studio drops the YouTuber from its network, the case is shedding light on content creators who are not beholden to anyone.

A little over a week ago, Sam Pepper became an overnight pariah in the YouTube community after posting a clip showing him pinching the butts of women he approached on the street. Both the video and its follow-up – showing women pinching men’s butts – have been removed by YouTube for violating its guidelines prohibiting content that includes harassment.

But the damage was already done. On Friday, Collective Digital Studio confirmed it was dropping Pepper from its multi-channel network, and the community continues to express their disapproval through Twitter at #ReportSamPepper, as well as blog posts, videos, and comments on YouTube. Additional accusations continue to emerge about Pepper’s treatment of women.

Now, the question for the multi-channel networks is how many other potential ticking time-bombs do they have on their rosters? With the bigger stars, the MCNs usually have an inkling of what they’re planning to do. But it doesn’t mean they control them.

“This is a new breed of content creator, and they found success doing their thing,” says Paul Kontonis, executive director of the Global Online Video Association (GOVA). “They’re not developed, they’re not guided and told what to do. They don’t have writers. And they don’t feel beholden to anyone, network or brands, at all.”

There’s a potential for disaster with many of the prank and stunt videos popular on YouTube and Vine, even those lacking in Pepper-like sexual content.

“Some of these pranks are so over the top and really pushing the boundaries,” says Reed Berglund, co-founder and CEO of FullBottle, a digital agency that connects brands with influencers. But, he adds, “I think business will continue as usual until something really big happens.”

“If there’s an inkling of inappropriate content in their past, in many cases, it’s just hands off,” Berglund says of the brands. “They don’t want to run the risk. But that’s not for all brands. If it’s something that falls in the teenage demographic, they’ll try to keep it PC and PG-rated. For something that’s targeting more in the 18 to 24 college crowd — the energy drink category, for instance — you could see a little more aggressive content and creators could push the envelope.”

But if the content touches on any political hot-button topics or is racist or homophobic, brands stay away.

Sixteen-year-old Vine star Nash Grier landed in hot water in July after he shouted an anti-gay slur in one of his videos. The clip shows a snippet of a commercial: “Testing for HIV. It’s not a gay thing,” actors say, after which Grier shouts: “Yes it is!” and uses the slur.

But Grier “was a young kid, and he made amends for it,” says Berglund. The Viner later tweeted an apology and his father told the press his son would educate himself to make up for the offensive remark.

“He’s a good example of how you could turn what was a blemish into a real bright spot and continue to move to other platforms and have success,” Berglund says.

“You can have policies in place, but unless every piece of content, every video is reviewed prior to publication, which is not doable, then this type of thing is going to increasingly happen.”

The industry doesn’t look like it’s as ready to forgive 25-year-old Pepper.

In the wake of the uproar, Pepper has claimed his butt-pinching videos are as fake as the prosthetic arm he wore to fool unsuspecting women in the video.

“I want to say that all the videos were staged and scripted,” says Pepper in a video posted Tuesday to his YouTube page, titled “Fake Hand Ass Pinch Prank – The Reveal (part 3/3). “It goes without saying that you can’t go around touching people’s bums without asking.”

Pepper says he was inspired by a close male friend who had endured years of physical and mental abuse at the hands of his wife, as well as his own mistreatment by fans at meet-and-greets, some of whom “would grab my bum and giggle about it amongst their friends,” Pepper says in the video.

Pepper is now at risk of effectively burning the bridges of his career at both ends, alienating fellow creators and industry figures – including VidCon founder Hank Green, who tweeted, “For people asking, it’s safe to assume that people who sexually assault women in ‘prank’ videos will not be welcome at future VidCons” – while undermining his “authenticity,” which is seen as a key ingredient for success for YouTube vloggers.

Sex education activist and vlogger Laci Green brought the controversy to a head with an open letter to Pepper on Tumblr, co-signed by several dozen of her fellow YouTubers, including such stars as Tyler Oakley, Grace Helbig, Mamrie Hart, Meghan Camarena, Hannah Hart and Wil Wheaton. In it, she decries the consistent lack of respect Pepper has shown for women throughout his career in videos such as “How to Make Out with Strangers” and “How to Pick Up Girls with a Lasso,” in which he throws a rope around young women.

Some might see the #ReportSamPepper reaction as reminiscent of Captain Renault’s famous line from Casablanca: “I’m shocked, shocked to find that gambling is going on in here!” After all, Pepper has been mining this vein throughout his YouTube career. Pepper has accumulated over 2.4 million subscribers and nearly 142 million views with videos such as “InstaWhore Prank,” in which he throws the derogatory term at a young women he approached; “Fingering Strangers in Public,” in which he pokes unsuspecting men and women with a stick; and “How to Steal Girlfriends,” in which he grabs the hands of young women walking with their companions.

The publicity Pepper has attracted combined with the seriousness of some allegations are likely to have the MCNs scouring their rosters to suss out problem creators. But in the wild frontier of the social media space, such good intentions aren’t likely to eliminate the threat.

But, “you can bet that if something does happen, you’re going to have lawyers who are going to sue that company no matter what,” says Peter Csathy, CEO of Manatt Digital Media, a division of the law firm Manatt, Phelps & Phillips offering business consulting and legal services for the new media space. “Then it will go through the courts, and who knows what way it will play out.”

Says Csathy: “You can have policies in place, but unless every piece of content, every video is reviewed prior to publication, which is not doable, then this type of thing is going to increasingly happen.”