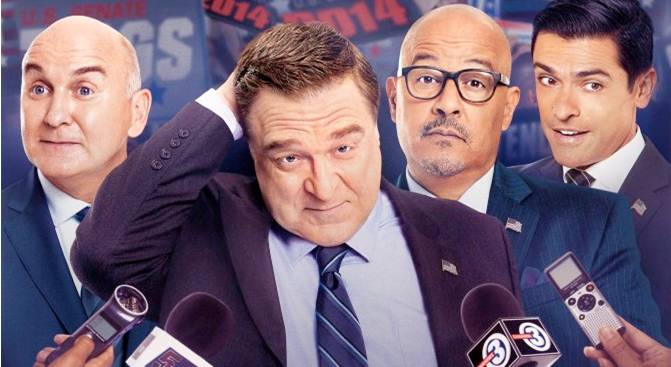 All 10 episodes of Garry Trudeau's political comedy will debut on Amazon Prime Instant Video on Oct. 24.

Amazon announced on Monday that it will premiere all 10 episodes of the second season of Garry Trudeau’s series Alpha House on Oct. 24 exclusively on Amazon Prime Instant Video in the U.S., U.K. and Germany.

This marks a change from the 11-episode first season of the of the half-hour political comedy, which was mostly doled out in weekly doses from November 2013 to January 2014.

Amazon’s new series Transparent had a binge release of its 10-episode first season on Friday.

The series is produced by Trudeau (Doonesbury), Elliot Webb and Jonathan Alter.