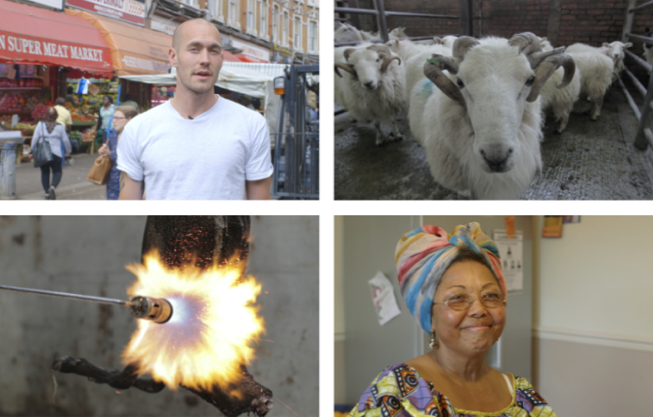 The Politics of Food debuted Wednesday with an episode that examines the underground smokies trade in the U.K.

The first episode is about the smokies trade  — an underground market for blow-torched (and unsterilized) meat the British government says is in danger of spreading bacteria. While it’s illegal in the U.K., the butchering method produces a flavor and type of meat that’s considered a delicacy among West African communities.

An initial 6 episodes have been ordered with a running time of 20-30 minutes. They will roll out monthly.

VICE and FremantleMedia are working together to attract brand partnerships and international distribution channels for the series, produced by Lauren Cynamon and Chris Grosso.