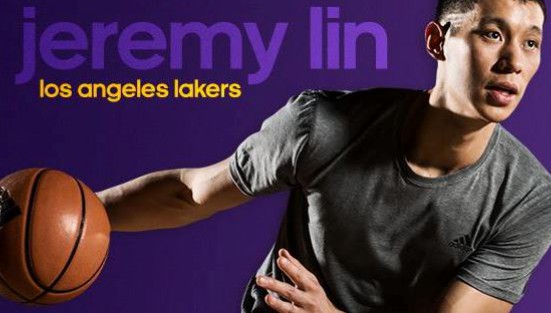 The L.A. Laker stands out among other pro athletes on YouTube thanks to his professionally produced comedy videos.

Lin, who has 400,000 subscribers on his YouTube channel, is considered somewhat of a digital superstar thanks to hilarious YouTube videos like “Jeremy Lin Goes Hollywood,” (co-produced by Don Le and Glee‘s Harry Shum Jr.) in which his friends try to cheer him up after a someone posts a mean tweet.

Lin also has 575,000 followers on Instagram, where some of his clips have gone viral, such as the video of him dunking a basketball over his mom.

According to Whistle Sports president and co-founder Jeff Urban, Lin’s social media popularity is somewhat of an anomaly when compared to other professional athletes. In a statement, Urban said that currently only about 30 pro athletes in the world have their own active YouTube channels. However, more are considering launching them as a way to connect directly with fans.

“Jeremy Lin is more than an elite athlete and role model with a global following. He’s also incredibly talented when it comes to making compelling content that people enjoy sharing,” Urban said, about the signing.