Zealot Networks, a “digital-first” media company and growth accelerator launched last month announced on Tuesday that it has named a trio of executives to its senior leadership team – (from left to right) Bob Vanech, CFO; Chad Seymour, CMO; and Conn Fishburn, CSO. 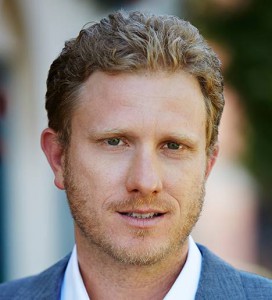 Vanech has been the founder CEO of several venture-backed companies including Eureka Broadband Corp. and Cadforce Inc. As a venture advisor with tech and media growth accelerator Accelerate-IT, he helped Zappin navigate his exit from Maker. Over the course of his career, he has raised more than $100 million in venture capital for companies he’s founded and operated, and made early and growth-stage investments in over two dozen tech and media startups.

Seymour was previously co-owner and CEO of Neighbor Agency, an integrated marketing agency that worked with brands such as California Pizza Kitchen, Jamba Juice, Safeway and PETCO. Earlier, he served as the group account director for TBWA\Chiat\Day leading the Visa USA account, and held posts in sales management at Procter & Gamble and as marketing director at beverage giant Diageo.

Fishburn comes to Zealot from F3 Ideas, a growth-oriented management consultancy for entrepreneurs and investors he founded, where he served as CEO. Previously, he was head of partner innovation and director of social media strategy at Yahoo! and senior partner/general manager at Ogilvy & Mather.

Zealot has an initial $25 million in funding, provided by investors that include Zappin, along with more than 15 former and current Maker Studios employees, talent and management team members.