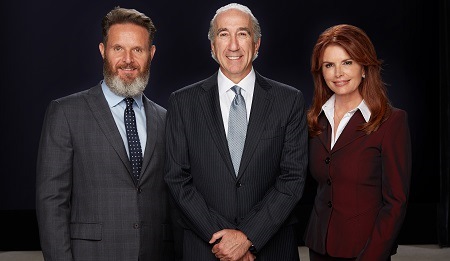 The media giant has acquired 55% of Burnett's One Three Media and Lightworks Entertainment, with plans to launch a faith-based OTT service.

MGM is planning to launch an OTT faith-based channel that aims to become “a singular destination for audiences of faith worldwide and on every screen.”

The deal covers all of their interests in Survivor, The Voice, Shark Tank, The Apprentice and The Bible, which the U.S. media giant will consolidate into the new venture, called United Artists Media Group (UAMG). The focus of UAMG is to develop, produce and finance scripted and unscripted TV shows, movies and digital content.

Burnett will serve as CEO of UAMG and his wife and business partner Downey will serve as president of LightWorkers Media, UAMG’s faith and family division.

MGM is planning to launch an OTT faith-based channel that aims to become “a singular destination for audiences of faith worldwide and on every screen,” according to a release. Programming will mix original content, premium film and TV catalog titles, Christian music videos, sermons from global religious leaders, national and regional congregation portals, and user-generated short-form videos.

“Mark and Roma are without a doubt the most successful and dominant players in unscripted television and faith-based content, and we are excited to be distributing UAMG content worldwide,” said MGM chairman and CEO Gary Barber (pictured, center with Burnett and Downey) in a statement. “Together with Hearst Entertainment’s vast array of media assets and knowledge, MGM could not have wished for better partners to continue to grow the MGM business of creating premium content for distribution across multiple platforms.”

Last week, Burnett inked a straight-to-series deal with ABC to coproduce the game show 500 Questions with Warner Horizon Television. He is also behind the upcoming El Rey Network series Lucha Underground and TNT’s On The Menu, both set to premiere next month.

The deal with MGM comes after Burnett and Downey signed on to produce MGM and Parmount’s feature film remake of Ben-Hur.

The United Artists banner dates back to 1919. The last time MGM revived the name was in 2006 as part of a deal with producers Tom Cruise and Paula Wagner.