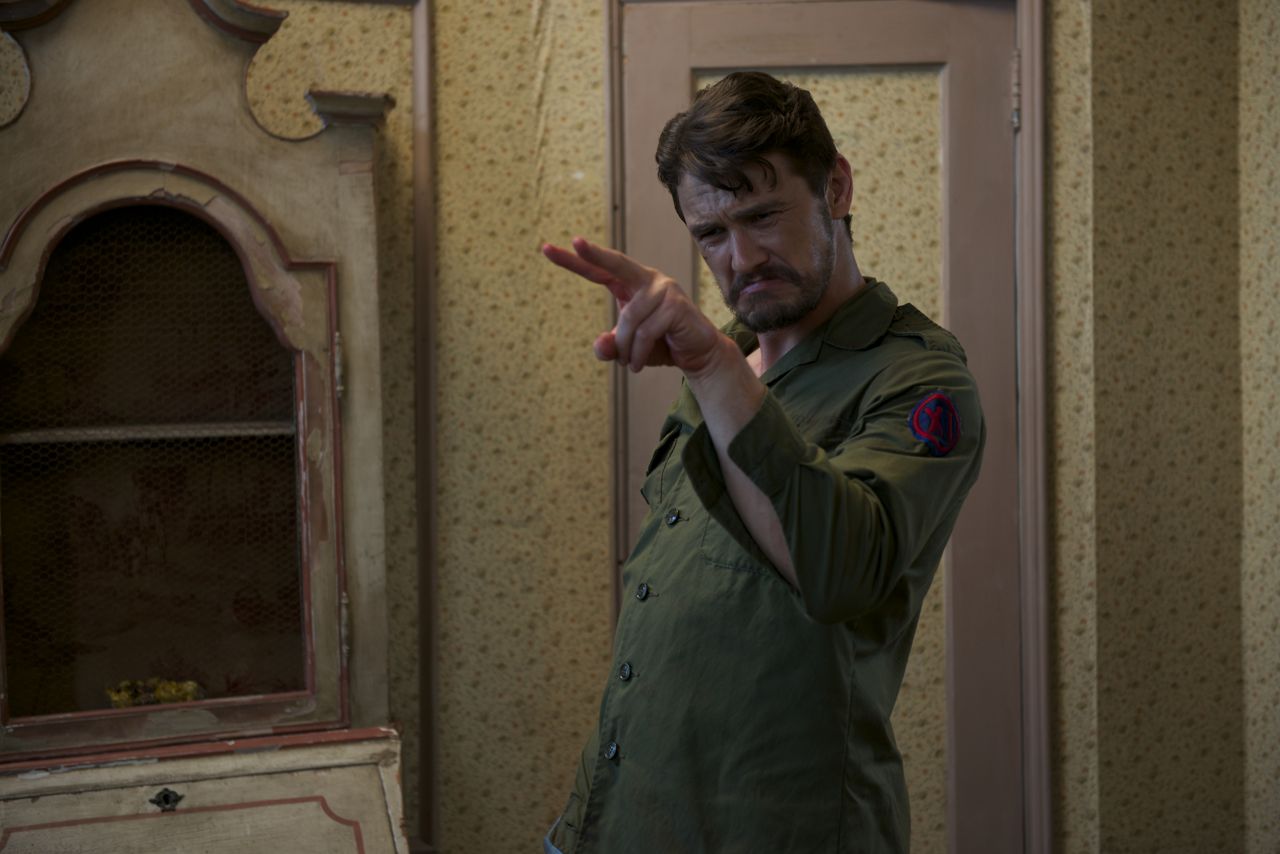 New AOL series is an ideal format for the actor/filmmaker who name-drops poet Hart Crane but also expresses a love of '80s kitsch like Dirty Dancing. 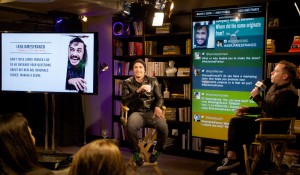 The first 4 episodes of Making a Scene with James Franco, sponsored by Verizon, were screened in the basement of NeueHouse, a stylish co-working space on Manhattan’s east 25th street that had been transformed into a chic TV studio with a large interactive screen and crowded bookshelves, complete with a bust of Mao Zedong.

Franco appeared uncharacteristically clean-shaven but laid back, wearing a black leather jacket and paint-flecked jeans, looking like his first role as Daniel Desario on Freaks and Geeks. Better known on Twitter and Instagram as the #askjamesfranco event, a social media Q&A with the actor/director/poet which was moderated by Entertainment Weekly‘s Tim Stack.

Appearing before a mostly film student audience, while simultaneously streaming to a large online crowd, Franco had to straddle those two worlds in real-time as he fielded questions from both Stack and viewers submitting questions via Twitter and Instagram.

Franco’s broad appeal comes from his ability to walk the line between mass market movie roles and his more eccentric personal work that has him doing everything from short fiction to installations in the MOMA.

The balancing act had him name-dropping poets, like the modernist Hart Crane and Franco’s director-idol Gus Van Sant, while also expressing his love for the 1980’s hit film Dirty Dancing. It’s Dirty Dancing‘s ultimate scene that’s mashed up in the series’ first episode, “Dirty Dancing Dogs,” with the gory torture scene from Reservoir Dogs, culminating in the inevitable line “No one cuts baby’s ear off.”

Franco hinted at certain episodes being held up because of unresolved standards issues. After being asked to describe the craziest mash-up scene he’d done so far, he said he couldn’t talk about it live and encouraged his fans to petition AOL to be less PG. 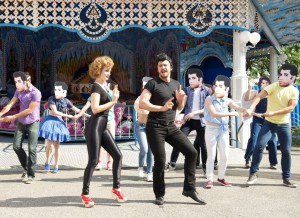 According to Franco, episodes still to come involve a gender-bending riff on When Harry Met Sally, a production of Grease filmed at an amusement park, a “horror-porn” version of the Godfather, Twilight and a “bunch of Tom Hanks stuff.”

When asked why he’s doing the series, he said he needs to get paid so that he can do things closer to his heart like adapting Faulkner, a reference to his recent film The Sound and the Fury, which he starred in and directed.

But Franco’s studied nonchalance belies a clear love of the source material for the new series. Franco talked about his passion for the work of Robert De Niro and Martin Scorsese which shows in his version of Taxi Driver. The series’ best episode yet remixes the iconic seventies movie in the style of a silent film turning the harrowing final events of the film into a surreal 1920’s gangster flick with a rollicking piano score and the title card “You looking at me?”

The series uploaded its first 4 episodes Wednesday, with 6 more to come in the first season.