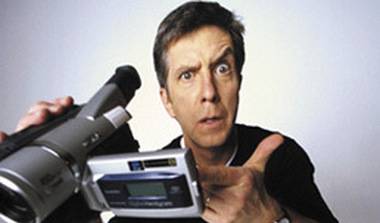 The TV franchise and Maker Studios extend their pact, launching a new project and integrating YouTube stars into the TV show's 25th season.

America’s Funniest Home Videos (AFV) announced on Wednesday that it is marking the 25th anniversary of its linear television debut with a programming initiative in partnership with Disney-owned Maker Studios.

The deal allows Maker to manage AFV’s official and peripheral YouTube channels, establish new revenue streams and manage their back-end, content claiming and content ID business. It extends an existing relationship between AFV producer Vin Di Bona Productions and Maker that was made earlier this year.

As part of the pact, AFV will be launching a series of original short-form digital series, including ShayFV, a new weekly 17-episode, 3 to 5 minute clip show that’s hosted by YouTube star Shay “Shay Carl” Butler. It will debut on Maker’s proprietary web portal Maker.tv on Oct. 19, as well as on the Shaytards YouTube channel, which has 2.4. million subscribers.

In addition, Shay Carl will create special video assignments, urging the community to upload videos, which will be considered for inclusion in his show, as well as in weekly segments on AFV’s YouTube channel.

AFV producer Vin Di Bona will also be bringing the YouTube world to the TV franchise, which was originally inspired by an infestation of Australian frilled lizards in Tokyo. YouTube talent including Sam Macaroni, Barely Political, Edward Vilderama, Very Good Listeners’ Brian Morgan and Brooke “Dodger” Lawson will make in-show appearances throughout the 25th anniversary season, engaging with host Tom Bergeron during the tapings, as well as providing post-show commentary and interviews which will appear on AFV’s official channel and the talent’s respective YouTube channels.

Actor/comedian Jason Horton will be engaging AFV’s studio audience for a new improv series titled America’s Funniest Line (AFL), which will debut on AFV’s YouTube channel on Oct. 5, to coincide with ABC’s premiere of the show’s 25th season that evening.

Horton and other YouTube personalities, including Ceciley Jenkins and Ed Bassmaster, will also be re-enacting some of the show’s most iconic clips in AFV Do Overs, debuting on the AFV YouTube channel one week before the show premiere.