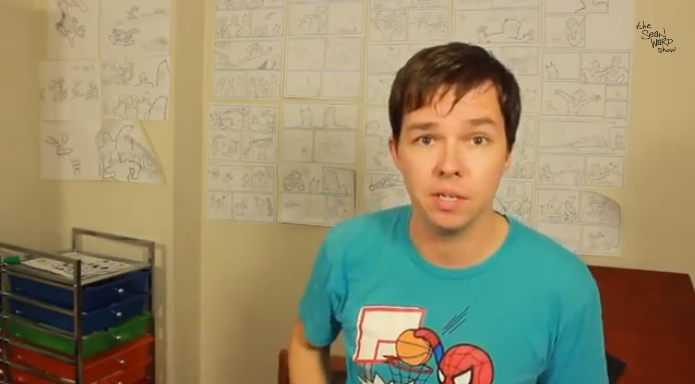 Under the Influence of … comic book fanatic Sean Ward

The YouTuber works hard to make sure the larger-than-life superhero characters he vlogs about don't overshadow his personal brand.

We’re back with another edition in a continuing series from StreamDaily and Influicity, a Toronto-based adtech company that connects brands with YouTube’s rising stars.

Comic books have long been the domain of young boys. They have also given rise to an entire video genre online dedicated to comic fanatics of all ages. Sean Ward has built quite a following catering to these comic connoisseurs with his blend of animation, vlogging and stunts, reaching about 50,000 fans across YouTube, Twitter, and Instagram.com. Influicity chats with Ward about working with brands and building a relationship with his audience.

I discovered YouTube when it was brand new, and I was working for a TV show called Ed’s Night Party. We were looking for a new solution for sharing clips of the show on its website. I told the boss that this would be the standard for online video and that he should get in as the first mainstream entertainment brand to embrace this new platform. He didn’t like the idea. The show was cancelled less than a year later, and I started putting up videos on my own. I’ve maintained a weekly upload schedule since the start of 2014, and watching my YouTube channel grow is the most fun I’ve ever had.

Can you tell us about any brand collaborations that you’ve done?

I did a video for eOne Films for the release of the movie Divergent about a time I conquered a fear. I worked with Marvel/Disney and 20th Century Fox giving away tickets to advance screenings of Captain America: The Winter Solider and X-Men: Days of Future Past. I’ve also done placement for brands like Trident gum, Panago Pizza and Coca-Cola.

Who are your fans? Can you give us a sense of their breakdown based on your social channel stats?

The one that’s unique to my situation is that my videos cater to the superhero/comic con market. My most popular videos feature representations of popular superheroes, so it’s easy for the layperson to think that making my videos is as easy as following a cosplayer around with a camera rolling. A writer once suggested that I change the name of my channel, since no one is watching The Sean Ward Show to see Sean Ward anyway. Thankfully, that was a long time ago. Now I’ve built the rapport with my audience.

Right now I’m on an epic quest to reach 100,000 subscribers on my YouTube channel, and to get on the radar of Marvel and DC editors who will call me to do art for variant covers of milestone comic book releases. Beyond that, I just go to sleep at night delighted by the idea that whatever the future holds, it hasn’t even been invented yet. I just know that it’s going to be really, really awesome.

Influicity (http://influicity.com) is a SAAS platform empowering advertisers to search, select, measure and collaborate with influencers on YouTube and across the social media universe.