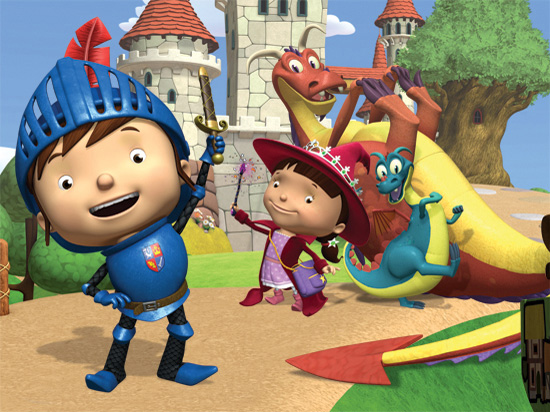 Hulu to debut Mike the Night feature ahead of DVD release

HIT Entertainment and distributor NCircle are exclusively premiering the knight-in-training's new movie on the streaming service this week.

Notably premiering on digital first, Mike the Knight: Journey to Dragon Mountain will be available to Hulu Plus subscribers until Oct. 13. A month after the Hulu premiere, NCircle plans to release the film on DVD.

The direct-to-DVD feature is a co-production between HIT Entertainment and Corus Entertainment-owned Nelvana Studio. It’s based on the animated preschool series Mike the Knight, season 1 of which was sold to 27 broadcasters in 112 countries worldwide. Along with the show, the franchise includes a Fisher-Price toy line and Mike the Knight apps.

As a result of NCircle announcing an exclusive pact for kids content with Hulu earlier this summer, the young knight already has a number of titles on Hulu, including Knight in Training and Magical Mishaps.

The film is the latest kids property to go on-demand with Hulu as the American SVOD service continues to build up its children’s programming.