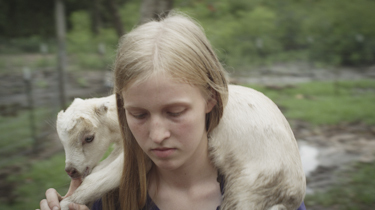 Robert Minervini's doc-fiction hybrid Stop the Pounding Heart is among the 10 films acquired by the digital distributor at TIFF.

Digital distributor Syndicado has acquired a slate of new films at TIFF, including writer/director Robert Minervini’s 3 indies Stop the Pounding Heart, Low Tide and The Passage.

The deal includes all rights in Canada for Minervini’s films, plus digital for other English-speaking territories outside the U.S. Although the U.S. is a major market for Syndicado, Big World Pictures bought all the rights in that market as a package, explains president Greg Rubidge.

“We loved the films and think the director will continue to make his mark in independent film, which is why we scooped all three pictures for what territories we could,” he tells StreamDaily.

Stop the Pounding Heart (pictured), is a documentary-fiction hybrid in which real people play dramatized versions of themselves and their lives. The film screened at TIFF and will open Sept. 19 in New York, with a national and Canadian release to follow. Syndicado also has rights to the theatrical release in Canada. The three films from Italian-born Minervini are considered a trilogy — they’re all set in Texas and are seen an intimate character study through a “neorealist” filmmaking technique.

The deal was inked with Doc and Film, a Paris-based sales agent. It includes seven more documentaries for VOD/SVOD across all major English markets. They are: Normal, The Repentant, Berthe Morisot, Keep Smiling, The Star Gazer, Sex, Okra and Salted Butter, and A New Ice Age.