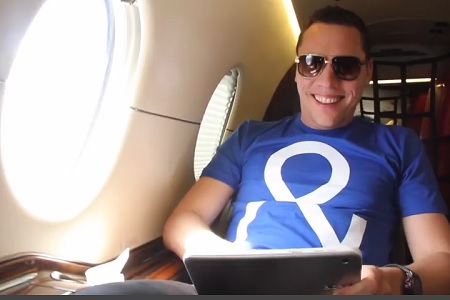 British broadcaster ITV has invested in New York-based Believe Entertainment Group, the digital studio behind music producer Tiësto’s YouTube series In the Booth (pictured) and game show Money Where Your Mouth Is.

ITV will join Believe’s board of directors and use its production, international distribution and talent expertise for the company’s projects. Believe specializes in pairing talent with global brands, such as Intel, P&G and Nike, and distributes content on digital platforms such as Facebook, YouTube and Xbox with native advertising supporting the brands.

“One of the attractive strategic points of partnering with ITV is certainly their global reach and well-established experience in long-form and TV programming,” said Dan Goodman and William H. Masterson III, co-founders, Believe Entertainment Group, in a joint statement emailed to StreamDaily. “We will look to find ways to learn and benefit from their incredible expertise when considering new plans for sourcing, developing and distributing our programming.”