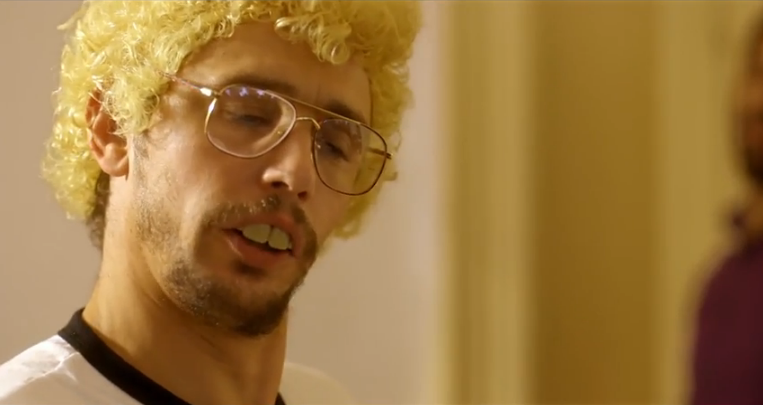 Making a Scene With James Franco will be released in batches, with the first 3 episodes available Sept. 17 on the AOL Originals homepage.

In the 10-episode comedy, Franco recreates scenes and characters from well-known films like Napoleon Dynamite (pictured), The Godfather and Titanic. While he was growing up, the thespian/filmmaker acted out scenes with his brothers, which is where the idea for the show came from. Scott Haze (Child of God) and Ahna O’Reilly (The Help) will also star in the web series, which promises to throw “convention out the window.”

Just like the AOL original series True Trans with Laura Jane Grace that’s debuting next month, Making a Scene will be uploaded in batches, with the first 3 episodes available for viewing on the AOL Originals homepage. The rest of the series will roll out in 2 additional batches, to be announced at a later date.

Making a Scene With James Franco is executive produced by Vince Jolivette and Jay Davis for Rabbit Bandini Productions and Eric Day, Mark Koops and Michael Mihovilovich for Trium Entertainment.