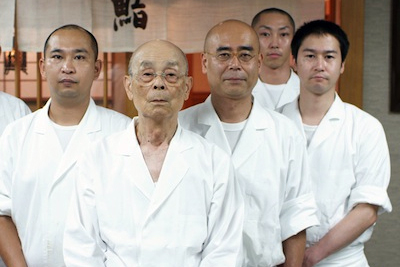 The 6-part cooking show by David Gelb is the second original documentary series for the streaming service.

Netflix has commissioned Chef’s Table, an original doc series to be made by David Gelb, the filmmaker behind hit doc Jiro Dreams of Sushi (pictured).

The 6-part series, details of which unveiled Tuesday at TIFF’s Doc Conference in Toronto, will premiere next year in all territories where Netflix is available.

The show features 6 international chefs, promising viewers the opportunity to venture into their lives and kitchens. In a statement, Netflix VP of original documentary and comedy Lisa Nishimura said: “We want to continue to support the best in non-fiction storytelling.

“While some stories are best told as feature length films, others, like Chef’s Table, greatly benefit from being able to communicate their story in a multi-episodic fashion. We’re fortunate to have the flexibility to match the story with the best format.”

The series is Netflix’s second original doc series commission, after it last year ordered 6-part docu-series Russell Peters vs. the World. The platform has also made fledgling steps into the talk show space via a partnership with Chelsea Handler, and continues to acquire big doc titles such as E-Team, Virunga and The Lady in Number 6.