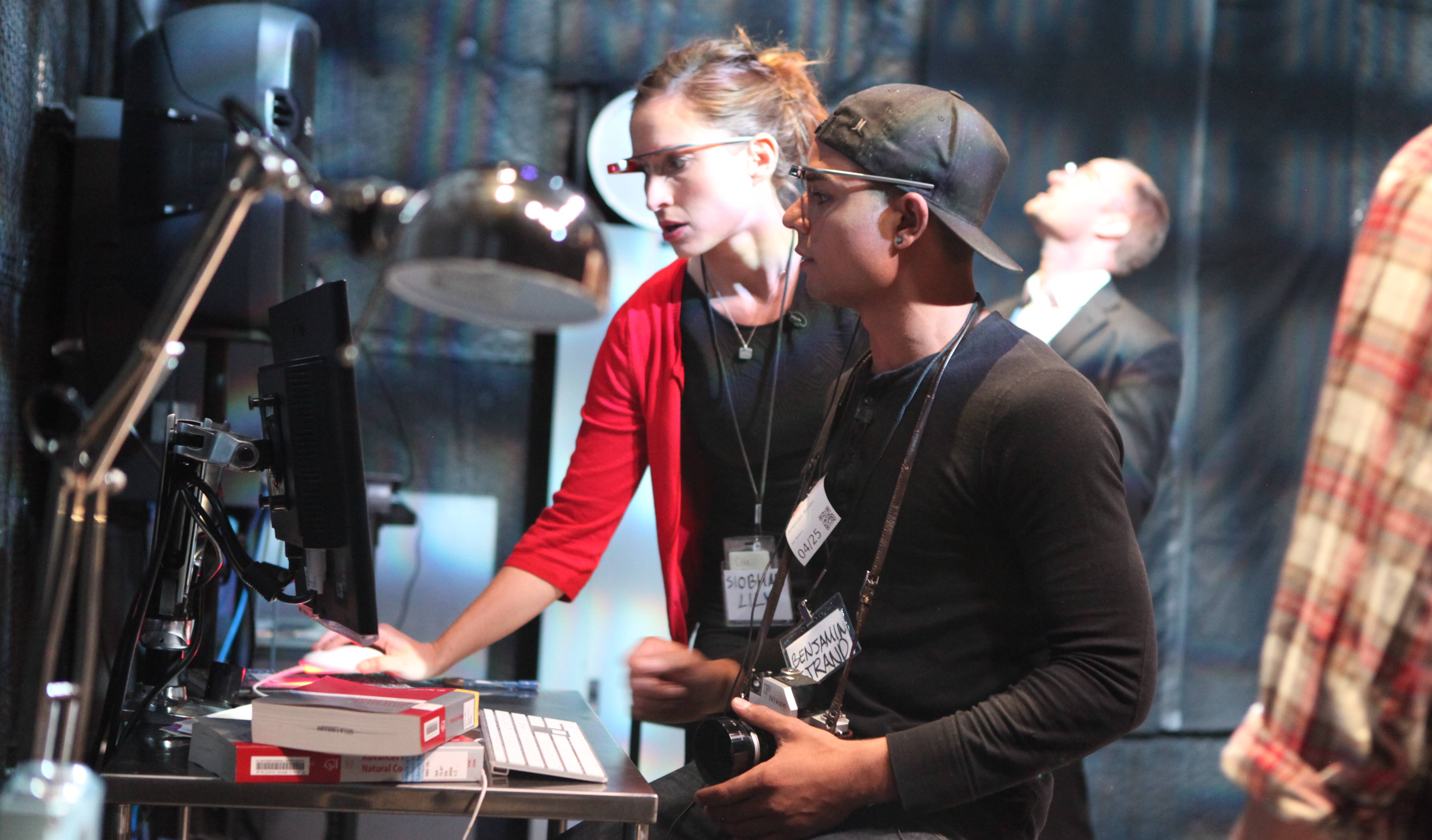 The online video biz has an insatiable need for content. Film schools have talent eager to make it. Professors from USC, UCLA and NYU tell StreamDaily whether it's a match made in heaven.

For decades, film schools around the globe have been churning out exponentially more graduates than the entertainment industry has the capacity to employ. Enter the rapidly-growing online video business, with its insatiable need for content and the young, eager, inexpensive talent to make it. It’s not hard to see the potential for mutually beneficial relationships.

The idea wasn’t lost on New Form Digital, the new media studio co-founded by Discovery Communications, Ron Howard and Brian Grazer of Imagine Entertainment, and a handful of other Hollywood vets. The company had barely hit “send” on the press release announcing its formation last spring when New Form  CCO Kathleen Grace met with officials at USC’s School of Cinematic Arts (SCA) to set up a program with its students.

The SCA had an earlier program funded by Subway to create branded webisodes. But, although it was overseen by faculty, it operated as a competition where students had to petition at the end of the semester to receive a university credit. The New Form program has full-fledged classes, with 20 students working in 2-person teams developing web pilots. At the end of the fall semester, they will pitch to a panel of SCA faculty and New Form executives and a minimum of 3 projects will be chosen, to be produced in the spring semester.

In both cases, the SCA hammered out agreements with the companies, ensuring that students would be properly compensated for any efforts that get used in the commercial arena.

“What we don’t want with any of these agreements that we do with outside individuals and companies is for them to come in and just say, ‘Free labor! Yay!'” says Michael Fink (VFX supervisor, Oscar-winner for The Golden Compass), chair of SCA’s film & television production division. “We have people approach us, and it’s so bald-faced clear that they want to pay as little as possible and get as much as possible from the students.”

The online video industry practices are more in line with Silicon Valley, where many of the companies are based. They tend to view universities as idea incubators and R&D labs.

“We approach it the same way that we would developing the next programming language for software developers,” says Liam Collins, head of YouTube Space LA, owned by Silicon Valley tech giant Google. “We go to universities and we ask them to help us solve problems. And the problem that we’re asking them to solve right now is, ‘How does storytelling happen in the new Millennium?'”

Elizabeth Hartnett, YouTube Spaces‘ global programs strategist and education lead, travels the world staging Educator Labs, designed to help universities develop YouTube curricula across multiple fields of study, including film, marketing and digital media. She has met with more than 90 educators at events in Los Angeles, Sydney and Mumbai, and she is scheduled to visit London, New York and Tokyo before the end of the year. 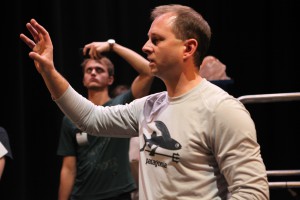 YouTube Space LA will be hosting the shooting of USC’s New Form webisodes next spring. Earlier this year, the facility partnered with its crosstown rival, UCLA’s School of Theater, Film and Television (TFT) on Grace Plains, a multi-platform project that live streamed from YouTube Space LA over the course of 2 days, with 19 camera feeds and 40 participants wearing Google Glass outfitted with two custom apps developed at the school.

“We’re looking at how storytellers can be involved in shaping technologies and shaping how they’re used rather than just receiving them,” says Jeff Burke (pictured, left), TFT’s assistant dean of technology and innovation, who shepherded the project.

The sentiment is shared by the faculty at New York University’s (NYU) Tisch School of the Arts, which offers an Interactive Telecommunications Program (ITP). Launched 35-years ago, it offers courses such as “Giant Stories/Tiny Screens,” exploring the possibilities of internet video narratives, and “Lean Launchpad,” about startup development.

The Tisch School has an MBA-MFA program, taught in partnership with NYU’s Stern School of Business, to cultivate producers who are both creative and business-savvy. And it’s graduate film program’s TV Production class recently produced American Viral, a slick-looking web series about a father – played by the class’ instructor Michael Showalter (MTV’s The State, Wet Hot American Summer) – desperately clinging to the YouTube fame brought on by a video of his son getting hit in the testicles. But its approach to the online video space and the industry in general is generally less commercially-minded than its L.A. counterparts.

“Play is a huge goal here, Tisch-wide,” says ITP instructor Shawn Van Every. “There’s no such thing as this has to sellable within this environment. This is a free space to experiment and play and collaborate and try new things, and I think that’s one of the biggest values.”

“What we’re trying to do is give students the tools and the support to go make it up for themselves,” adds Carol Dysinger, an associate professor in Tisch’s graduate film program.

That ability to think on one’s feet must be mastered by both students and instructors dealing with an entertainment industry being rapidly transformed by digital technology.

“It’s astonishing how quickly things change,” says Just for Laughs co-founder Andy Nulman, who last spring launched a course at Montreal’s McGill University based on the YouTube Creator Playbook. “I’m teaching the course again in January. I looked at my syllabus last week and said, ‘Oh, my God. I have to change half of it.’ And that’s now. What’s it going to be like when class starts?”

Image: UCLA students on the set of Grace Plains at YouTube Space LA.