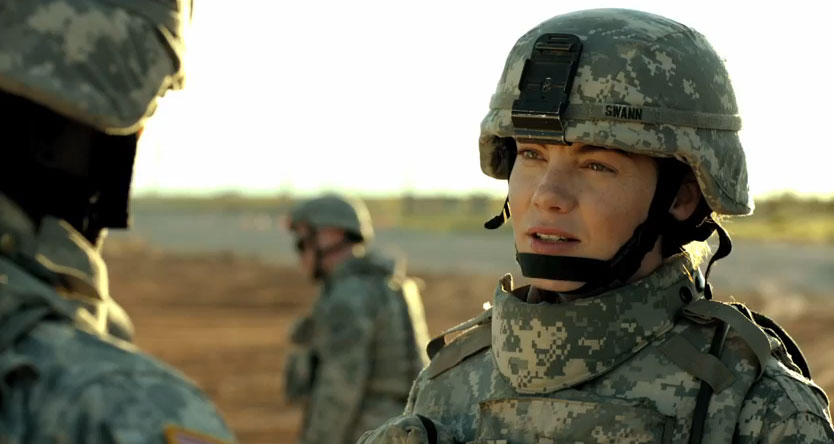 The U.S. online streaming service will give North American rights to four upcoming fall releases by the distributor.

As VOD increasingly figures in indie film distribution deals, Entertainment One on Thursday unveiled a deal that sees Vimeo give day-and-date releases for several films debuting this fall.

The agreement, the seeds of which were planted at the Hot Docs festival in Toronto, will also see the streaming service release eOne catalog film and TV titles on Vimeo On Demand.

The pact starts with the North American releases of Claudia Meyers’ Fort Bliss (pictured) on Sept. 9, followed by Ryan Phillippe’s Catch Hell on Oct. 10, The Culture High documentary on Oct. 17 and the release of A Merry Friggin Christmas, starring Robin Williams and Joe McHale on Nov. 7.

While a theatrical release is a great way to build awareness in big cities, the simultaneous sale through a digital platform allows viewers who live in more remote areas to see the film that everyone is buzzing about, says Sam Toles, VP of content strategy and business development at Vimeo.

“It’s about widening the audience; giving access to all consumers who are interested in independent film,” he told StreamDaily during an interview at TIFF on Thursday.

He adds that Vimeo also offers a unique opportunity to take extra advantage of theatrical-release marketing. For example, if the cast is pushing a trailer through PR efforts, that trailer has a built-in transactional mechanism so fans can purchase the film right on a celebrity’s Facebook page or Twitter feed, or even on third-party websites that pick up the clip, Toles explained.

Vimeo offers a 90/10 revenue split in the creators’ favor, which is a significant source of revenue for the company when volume is taken into account.

“We have over 12,000 creators selling their work on Vimeo, and some of them have multiple titles. That volume at 10% is very significant and can derive real revenue for our company and will be the foundation of our future,” says Toles.

“When we built the 90/10 model we took into account that we would be working with distributors and dealing with traditional entertainment content, but also this very wide and eclectic and talented creators … who may not be able to reach (their) audience through traditional means.”

Vimeo closed a separate deal to give The Culture High a global roll-out across its releasing platform.